COVID-19 mutation in Alta. may have been inevitable: expert 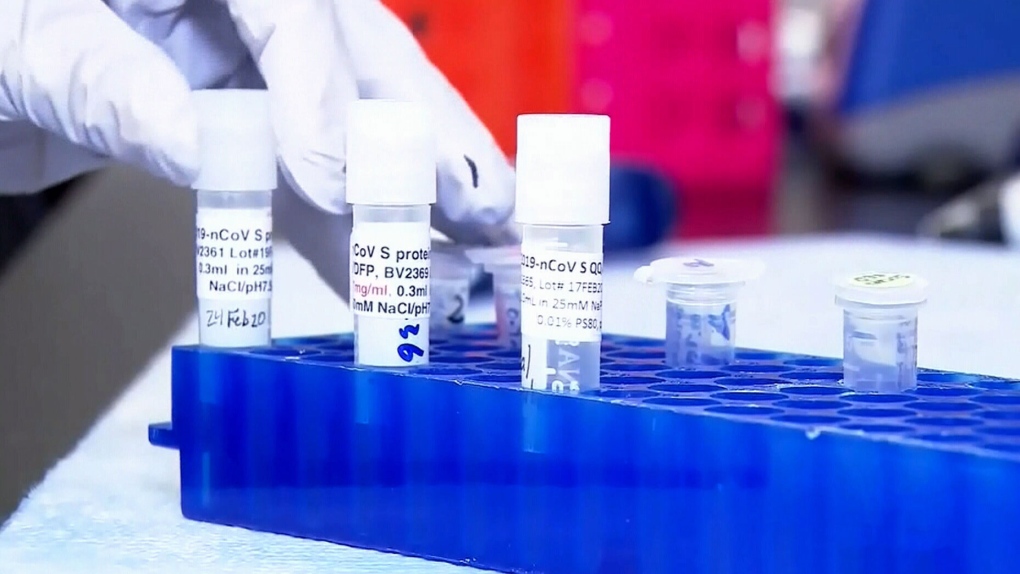 EDMONTON -- Even properly timed travel bans and the utmost precautions may not have been enough to prevent a new, more transmissible variant of the virus that causes COVID-19 from appearing in Alberta, according to a Nobel Prize winning doctor.

On Monday, the province announced it had confirmed its first case of the variant, found in a person who recently returned from the U.K.

Alberta’s Chief Medical Officer of Health, Dr. Deena Hinshaw, said the individual had been quarantining since returning and that there was not yet any evidence to suggest the variant had spread.

One local expert suggested Alberta would likely see a variant of COVID-19 anyway.

“I think there’s some sense in having a quarantine of the U.K. temporarily, but it doesn’t mean COVID-19 cases in Canada could not mutate into the same mutation. That could happen”, said Dr. Michael Houghton, Director for the Li Ka Shing Institute of Virology at the University of Alberta.

“It’s also possible this virus throws out so many mutants. Any mutant that is more adapted to the host will become more prevalent. So it is possible it could become prevalent in any country.”

The COVID-19 variant, known as B.1.1.7., has been confirmed in several countries including the U.K., France, Japan, Israel, and Sweden. Other mutations of the same variant have been reported in South Africa and Nigeria.

The Alberta government advised anyone who has arrived from the U.K. or South Africa since Dec. 7 to immediately get a COVID-19 test. Last week, the federal government extended a ban on passenger flights arriving from the U.K. until Jan. 6.

According to Health Canada, there is no evidence the new variant, which has also been found in B.C. and Ontario, causes more severe disease or affects vaccine effectiveness.

“Because the vaccine seems to create quite a lot of antibodies along the whole region of the spike protein, it’s fairly unlikely this would make that vaccine useless,” said Dr. Lynora Saxinger, an infectious diseases specialist.

“Whether or not it’ll work the same exactly is it a bit of a question. But there’s testing happening right now to help sort that out,” added Saxinger.

Should Canada continue to discover cases of the variant, Houghton said the fact it is more transmissible means Canadians have to remain vigilant.

“In between now and vaccination, we need to be even more careful. We need wear face masks, we need to be socially distant, we need not to congregate because unfortunately this mutant is even more infectious than the original strain.”