Design of new MacEwan University building changing to save money 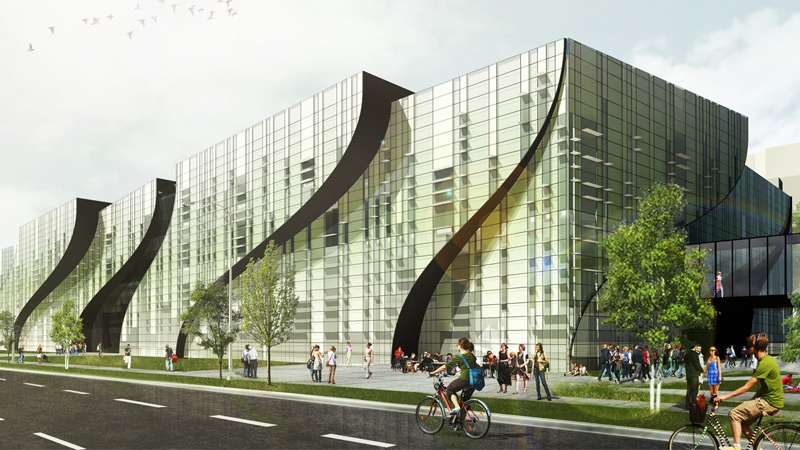 An artist's rendering of the original design for the Centre for Arts and Culture at MacEwan University. Courtesy: Manasc Isaac Architects

Construction is already underway on the multi-million dollar Centre for Arts and Culture at MacEwan University, but some changes have been made to the design to cut costs.

In 2014, MacEwan University officials showed off a design with a number of exterior accents – with a budget of $143 million.

However, President David W. Atkinson said many of those design elements – which he called ‘swooshes and curves’ – came in over-budget, and had to be dropped.

“Wow costs money, it really does cost money,” Atkinson said. “The curtain wall itself, the exterior of the building, was $20 million, that’s a lot of wow…so we were able to bring that down by 50 percent.”

Atkinson said a new rendering of the building isn’t available, because it needs to be approved.

After the changes, the building is now slightly under budget.