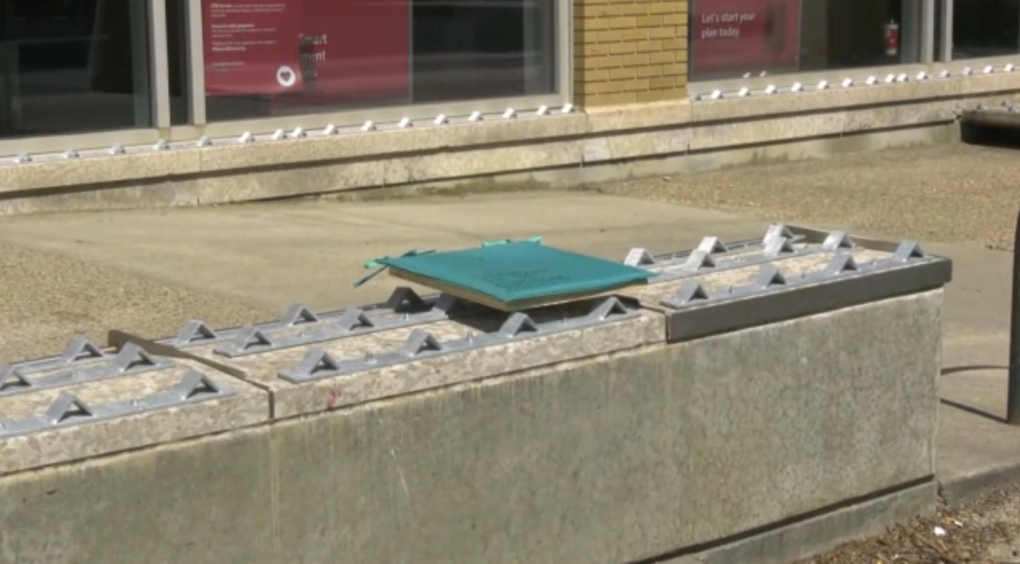 Benches in front of CIBC on Jasper Avenue in Edmonton that had spikes added to them.

EDMONTON -- The Canadian Imperial Bank of Commerce has done an about turn on the installation of spike rails on a bench outside of its Jasper Avenue location.

The addition was ostensibly because of the pandemic but residents say it makes the community seem less inclusive to the city's homeless community.

"This is what you do to keep pigeons off of your rock. Humans are not birds or things that you can just exclude from your public space," said urban designer Amos Kajner-Nonnekes.

"This is Jasper Avenue and while this is private property, this is public amenity space and it's meant to be for everyone."

The bank confirmed to CTV News that it had the spikes removed on Thursday afternoon. A CIBC spokesperson said the bank thanks the public for its feedback.