An Edmonton woman is facing multiple charges after an alleged puppy mill was found at a rural property in northeast Edmonton.

Police and Animal Care and Control officers went to 247 Avenue and 18 Street on Sunday after receiving several reports of serious neglect from customers looking to purchase puppies, who had been listed for sale online via Kijiji. 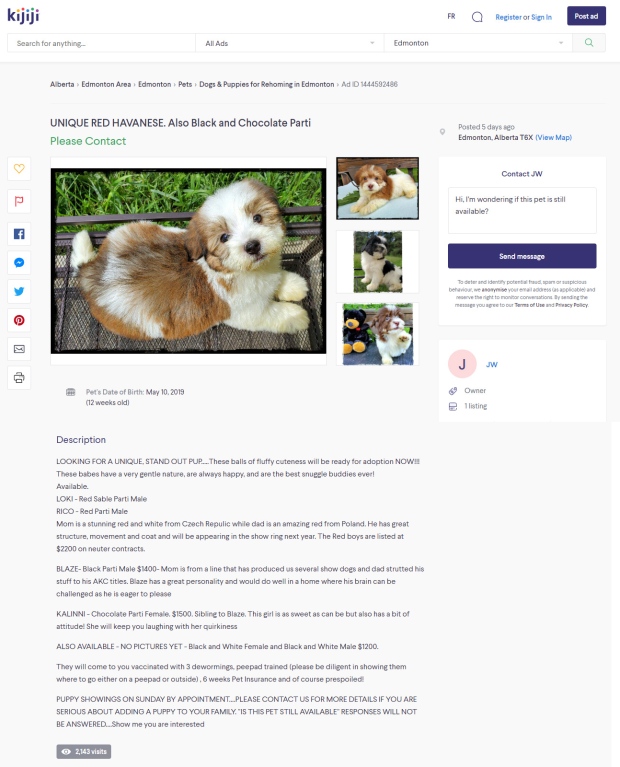 A total of 72 Havanese dogs, ranging in age from two-weeks old to adults, were seized from the business. ACC says 52 of the dogs were puppies, and the rest were adults.

Several puppies were reportedly hidden inside a closet and beneath a hutch.

The dogs showed signs of severe neglect and potential illness, police say, so they were seized by ACC. The animals are currently undergoing physical examinations at the city’s ACC facility.

A spokesperson for ACC says it’s too early to say if the dogs will be made available for adoption at a later date.

Police are looking to speak with potential customers who may have visited the property. Anyone with information is asked to call 780-423-4567.