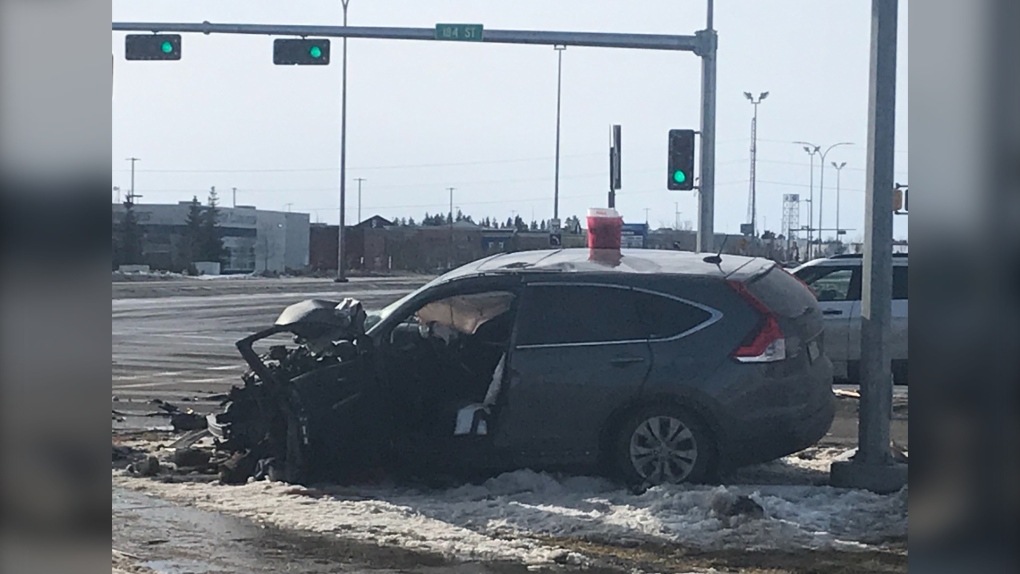 EDMONTON -- A woman is still in hospital with life-threatening injuries after a crash with a wooden power pole in west Edmonton last Friday.

The woman was driving a Honda CRV on westbound Stony Plain Road when she crashed into a power pole at the intersection at 184 Street.

Part of the power pole hit a Ford Explorer whose driver was waiting to turn east onto Stony Plain Road from southbound 184 Street.

The CRV's driver is in stable condition, police said Wednesday.

A three-year-old passenger in the vehicle was taken to hospital with minor injuries and has since been released.

A woman driving the Explorer didn't report any injuries.

Part of the power pole that was not broken off in the crash was left suspended at the intersection. Police closed the area for nearly two hours at the onset of the afternoon rush hour.