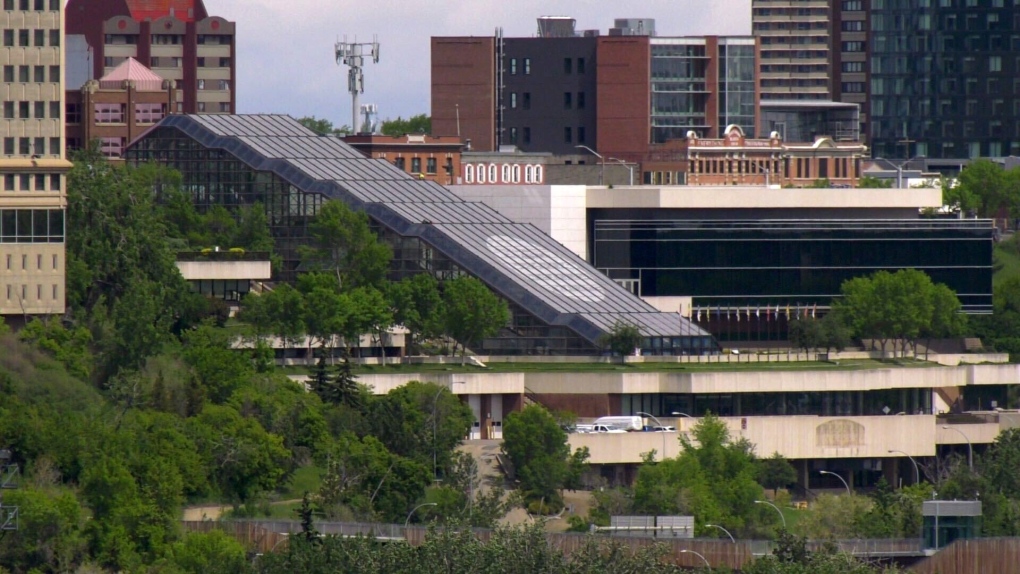 ‘What’s that?’ You ask? Basically it means its solar power generating system has been incorporated into the building’s components.

Thanks to solar cells installed in the roof’s 696 new glass panels, the building can now generate roughly 230,000 kilowatt hours a year.

That accounts for about three per cent of the Convention Centre’s annual power usage and is a 150,000 kilogram reduction in greenhouse gasses produced.

“We definitely make a great location to harness the power of the sun,” said Edmonton Economic Development Corporation’s venue sustainability manager, Melissa Radu. “But it's also a reminder to us that we have a responsibility to protect this natural environment.”

Project architect DIALOG added a special salute to the river valley as part of the building upgrade’s design. The south-facing roof features an excerpt from a poem by the late Edmonton poet, E.D Blodgett. 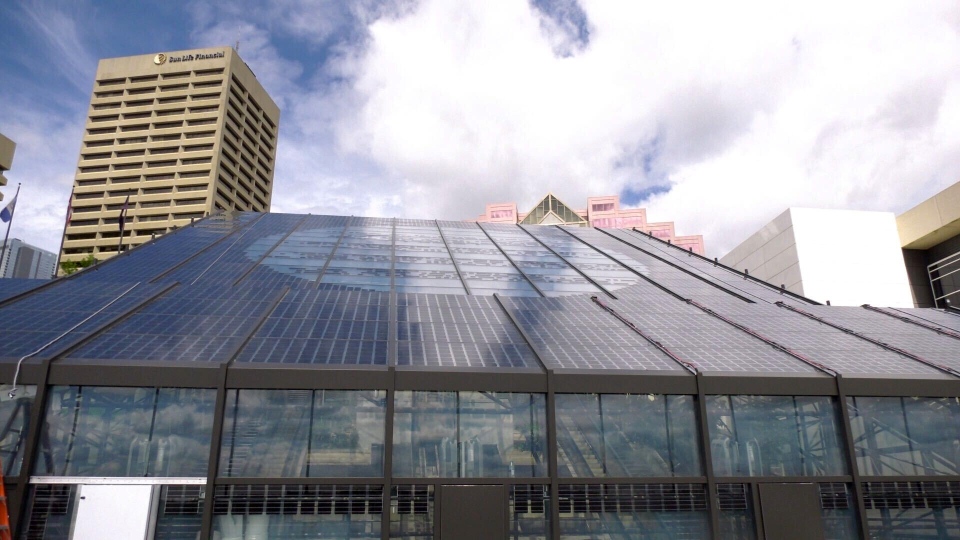 Words from the poem ‘Gift of a river’ are displayed using some of the building’s new solar cells – not in English, but rather Morse code.

Translated into English, the poem would read:

where a river wells up

uncoiled from the ice

where snug behind the land

it lay dreaming at

our feet in quiet sleep

“It was an excerpt from that poem speaking of the river valley,” said project architect and manager, Greg Freer. “Which this building’s strongly connected with just merely by it’s location and it’s focus on that.” 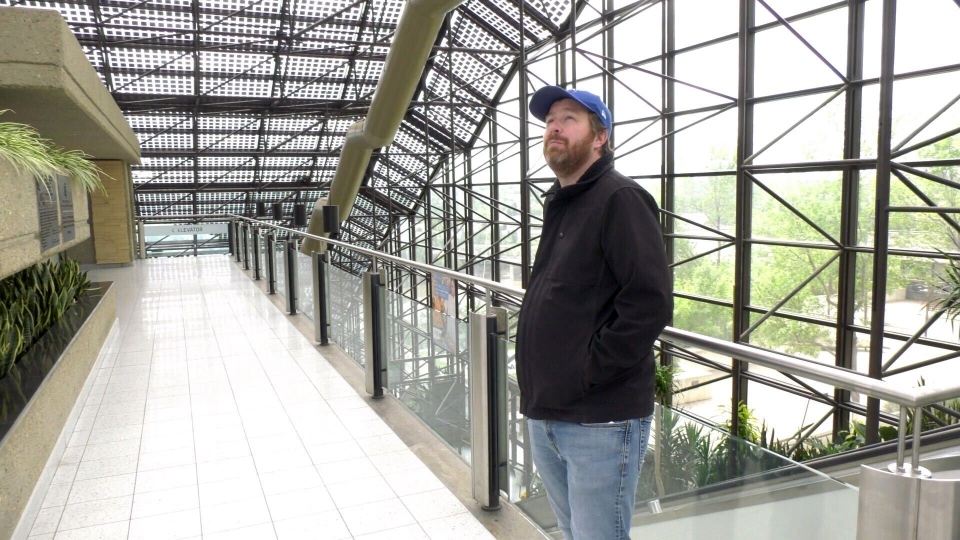 “They have this giant oculus with the Morse code artwork that kind of adds this art component to it that highlights that we’re doing the sustainability effort here as well,” he said.

Beyond the roof’s solar cells, other components of the building’s photovoltaic system are on display for all visitors to see.

“The inverters were put there to be on display,” said Freer. “There are a lot of people that come in here during the day and it’s a public facility so they actually wanted to put the power being generated here on display.”

Current building codes meant the City of Edmonton had to make a decision on how to upgrade the Edmonton Convention Centre’s structure. The over 30-year-old roof was leaking and no longer met today’s building standards.

“They could’ve just gone with a regular framing system and regular glass,” said Freer. “But it is because of their sustainability motives that we were able to incorporate the PV (photovoltaic) to generate the power, which in turn will also pay back the investment cost on its own.”

Construction on the City of Edmonton rehabilitation project took one year and cost $10.8 million.