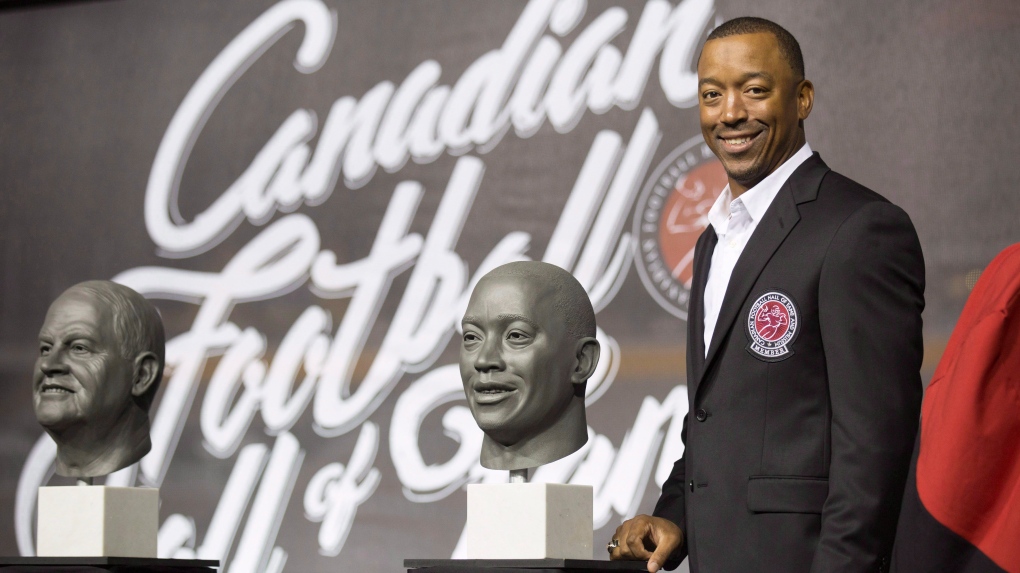 2017 Hall of Fame Inductee Geroy Simon with his bust after his induction into the CFL Hall of Fame at a ceremony held in Hamilton, Ont., on Thursday, September 14, 2017. THE CANADIAN PRESS/Peter Power

The Edmonton Elks have added Geroy Simon, one of the Canadian Football League's all-time great receivers, to the club's front-office staff.

Simon, who retired in 2013 as the CFL's all-time leader in receiving yards following a 15-year career with the B.C. Lions, Winnipeg Blue Bombers and Saskatchewan Roughriders, spent the last six seasons as director of global scouting for the Lions.

He was inducted into the Canadian Football Hall of Fame in 2017.

This report by The Canadian Press was first published Dec. 28, 2021.

Convoy participant Pat King was involved in the planning and logistics of the Freedom Convoy protest, despite denials of his participation by organizers, according to court documents obtained by CTV News.

A shooter fired on an Independence Day parade from a rooftop in suburban Chicago, spraying the crowd with gunshots initially mistaken for fireworks before hundreds of panicked revellers of all ages fled in terror. At least six people were killed and at least 30 wounded.

Two climate change protesters were arrested after they glued themselves to the frame of a famous John Constable painting hanging in Britain's National Gallery, the central London museum and police said.

The 30 NATO allies signed off on the accession protocols for Sweden and Finland on Tuesday, sending the membership bids of the two nations to the alliance capitals for legislative approvals -- and possible political trouble in Turkey.