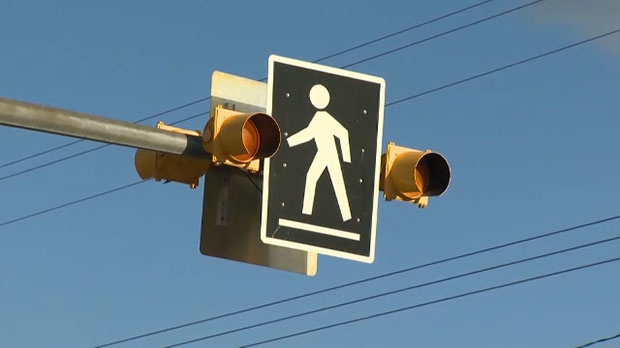 EDMONTON -- Worried about the germs on crosswalk push buttons? No problem, the city says.

Edmonton is giving 56 intersections near hospitals and high-traffic areas automatic pedestrian signals so people don't have to touch the buttons, and reducing traffic on two roads so there is more room for pedestrians to distance themselves from each other.

The bike lane on Victoria Promenade from 116 Street to 121 Street will be expanded and turned into a shared-use area for bikers and walkers alike.

The north lane of Saskatchewan Drive from 105 Street to 109 Street is being converted to a similar walk-bike space. Traffic will be reduced there to a single lane.

The changes come into effect Thursday.

“We know it’s important for Edmontonians to get outside during this time and these adjustments will help them do that while maintaining safe physical distance,” said Darryl Mullen, acting director of Edmonton's traffic operations.

Crews will clean the lanes before the open on April 9.

Visually impaired Edmontonians will still have to push the button for the audible signal.

The city is also reminding Edmontonians to be courteous while in public, like passing each other in single file or stepping to the side to allow others through.

Edmonton is making the changes after demands came for the city to make physical distancing easier.