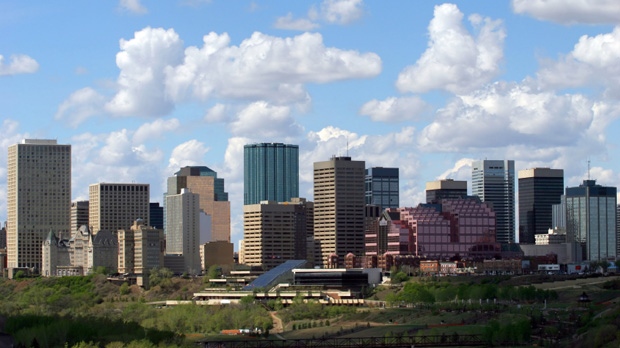 The Edmonton skyline is seen in this undated photo.

EDMONTON -- The City of Edmonton is still planning for the population to grow beyond 2 million residents in the next half-century even as the COVID-19 pandemic persists.

Councillors and city staff are working to build a plan to contain that forecasted growth.

"Fifty years from now someone's gonna look back and say, 'Boy I'm glad they had a plan 50 years ago,'" said Mayor Don Iveson.

In its current form, the plan calls for increased density and for a majority of the new residents in coming years to live inside the Anthony Henday ring road.

"The whole region, including the city, has been shifting towards higher density because of affordability constraints," said Iveson.

But, some question if the density the plan calls for is feasible, particularly if the city's infrastructure, including sewers and power lines, could handle the increased capacity.

Others pointed to potential regulation issues on land near the south leg of the Anthony Henday.

Public hearings on the plan are scheduled to continue Tuesday.