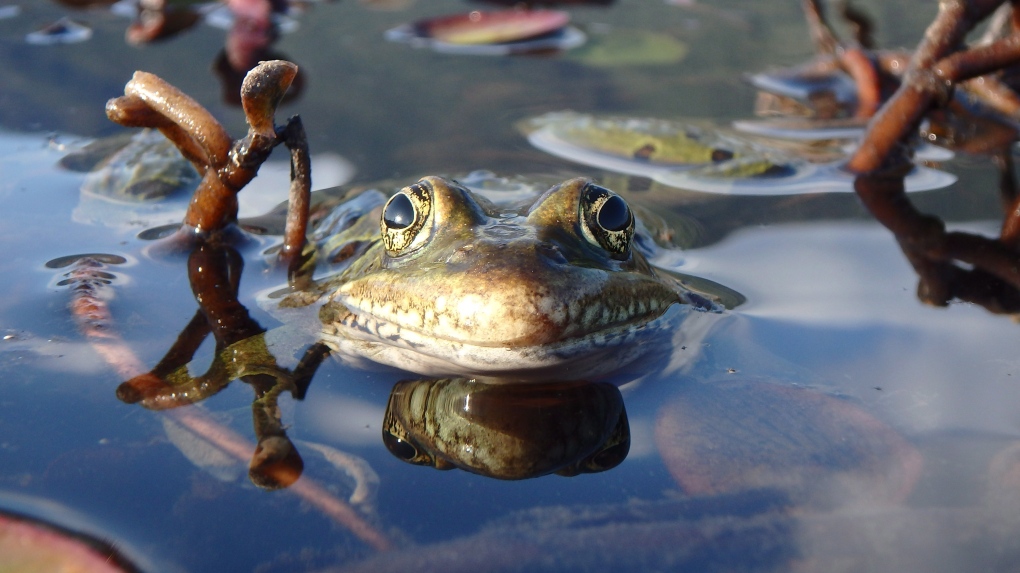 Endangered northern leopard frogs (shown), native to British Columbia, are at risk of being pushed out by voracious bullfrogs, an invasive species that experts say is one of many that puts native Canadian plants and animals at risk. THE CANADIAN PRESS/HO-Calgary Zoo MANDATORY CREDIT

The zoo received 22 northern leopard frogs from the Calgary Zoo with the goal to establish a breeding population and release the offspring in British Columbia.

The City of Edmonton said the population of northern leopard frogs in the Creston Valley is endangered due to habitat loss, disease and invasive species.

"Our zoo team has proven expertise in caring for several endangered frog species, so we felt we could make a substantial contribution to this important conservation project," said Lindsey Galloway, the zoo's director. "Frogs play an important role in our ecosystems. One third of the world’s amphibian species are at risk of extinction and by playing a role in this program, we can help one species recover."

The Edmonton Valley Zoo is working with the Calgary Zoo, the Vancouver Aquarium, biologists and Indigenous groups to preserve the species.

The zoo is home to another 14 endangered species, including amur tigers and Grevy's zebras, the city said.

The frogs are currently quarantined and will move into a public enclosure in 2020.