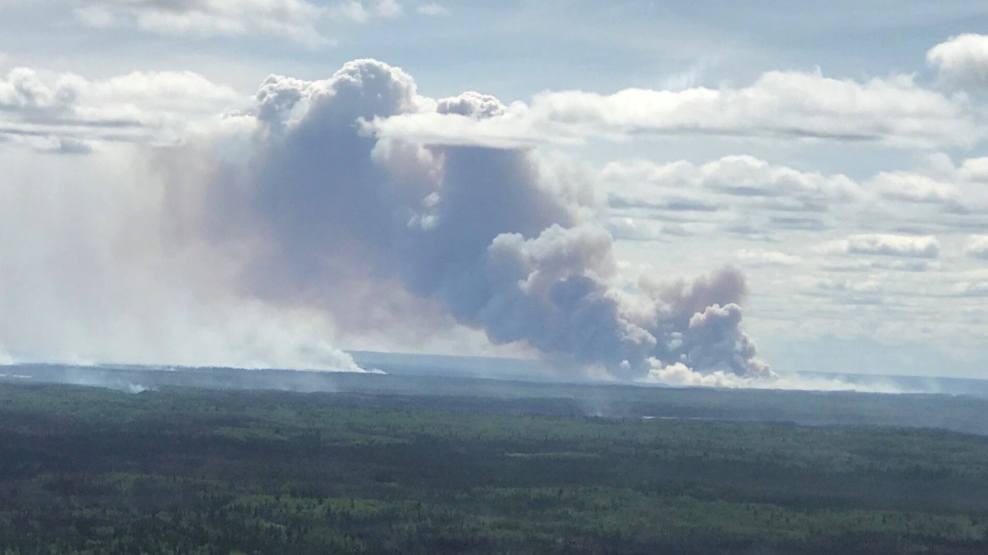 Helicopters with buckets and heavy equipment were working on the southeast side of SWF-049, a 255,000-hectare fire near Slave Lake, on June 7. (Courtesy: Alberta Wildfire)

Peerless Trout First Nation is under an evacuation order, with the wildfire just 6 km southest of the community of Trout Lake.

According to Wildfire Alberta, the extreme fire behaviour was too intense for effective suppression efforts Monday.  Firefighters were limited to working to steer the fire away from the community of Trout Lake.

Earlier in the day on Monday, the community was put on short notice to evacuate.  People were asked to ensure that their vehicles had fuel, and to gather their important documents, food and water so they were prepared to leave quickly if needed.

The Trout Lake community is the southern-most part of the Peerless Trout First Nation.