EDMONTON -- Alberta declared casino tables safe to reopen Thursday, a week after the province predicted a $900 million loss of gaming revenue due to COVID-19 closures.

Casinos across Alberta were ordered closed March 17, and remained shuttered until slots were allowed to resume on June 12.

The provincial government expects gaming revenue to fall from an estimated $1.4 billion to just $500 million in 2020, contributing to a provincial deficit of more than $24 billion.

At the River Cree Resort and Casino, just west of Edmonton, plastic barriers were already on tables Thursday in preparation for a Friday relaunch. 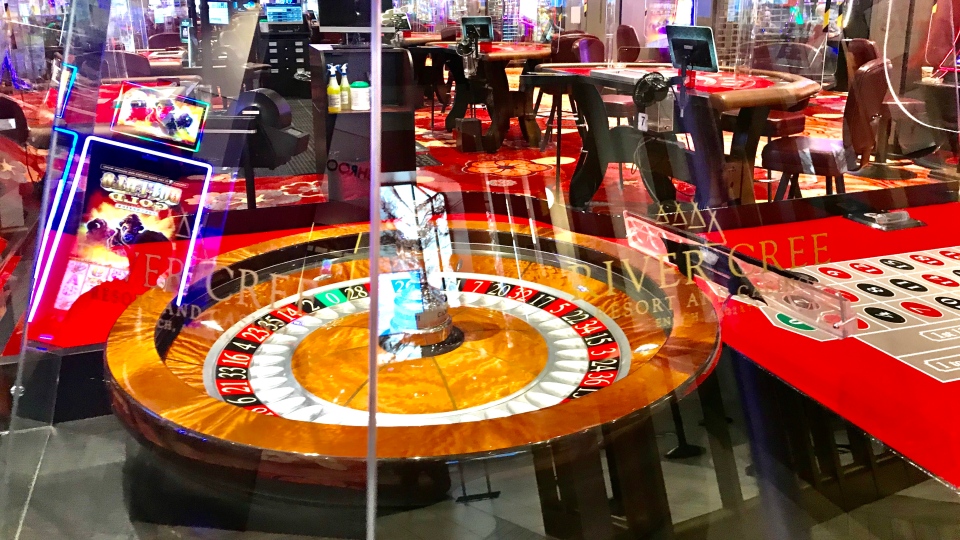 “For blackjack, for roulette, for craps and baccarat, all of our games, they’re different kinds of tables but we do have barriers for every person that’s going to be seated at the tables,” Mahajan said.

Mahajan said it’s been a safe relaunch so far at the site that typically employs about 1,000 people.

“I haven’t really seen people being scared, because they see all of the things that are in place. Our barriers, the masks when that we give at entry, looking at capacities at any given time,” the CEO said.

The reopening of table games is also good news for people who deal cards, Mahajan said. An additional 200 employees are expected to return to work at the River Cree Friday, after six months away.

“It feels very good. They’re very, very excited. We’re very excited to have them. I wish we could have done that sooner, but there’s a time for everything,” Mahajan said.

$347 million in gaming revenue was provided to Alberta charities in 2019, according to Alberta Liquor, Gaming and Cannabis.

Mahajan said he’s hopeful players will come back in droves now, so the final numbers are better than the $900 million shortfall the province is projecting.

When asked what happens if there is an outbreak at his casino, Mahajan said River Cree has safety plans in place that were created in consultation with Health Canada and Alberta Health Services.