EDMONTON -- Some new inflatable residents have taken roost just east of downtown Edmonton as part of an annual festival.

Three giant chickadees are perched on the roof of the CO*LAB art building, the home of the Quarters Art Society.

The birds are currently watching over the Boyle Street neighbourhood and drawing attention from Edmontonians.

“They’re fun, they’re cute, they make you smile and want to laugh,” said one Edmontonian. “We all need that right now.

The art instillation is the main attraction in a toned down version of the GLOW Festival. 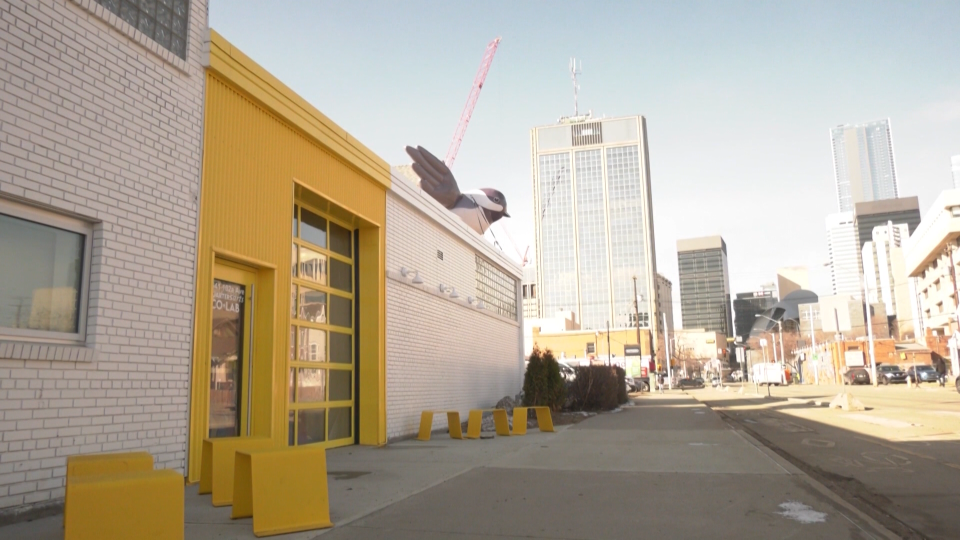 In past years, artists, community groups and the art society spend the weeks leading up to the spring equinox building lanterns for a parade.

“This year, because of the pandemic we couldn’t do the parade or the workshop,” said Lorin Klask, the artistic director with the Quarters Art Society. “We were invited by the city… commissioned to do a series of chickadees.”

The chickadees are meant to represent the start of the spring season in place of the lanterns. The birds were chosen, in part, because they stay in Edmonton all year long, even through the winter.

“A lot of my friends had their bird feeders out and it was the entertainment through this really long, dark winter,” said Klask.

“This was the perfect way for us to bring some sort of whimsy and light and reflection that’s accessible to everybody. It’s not conceptual art in any way, it’s something we can see and interact with regardless of background.” 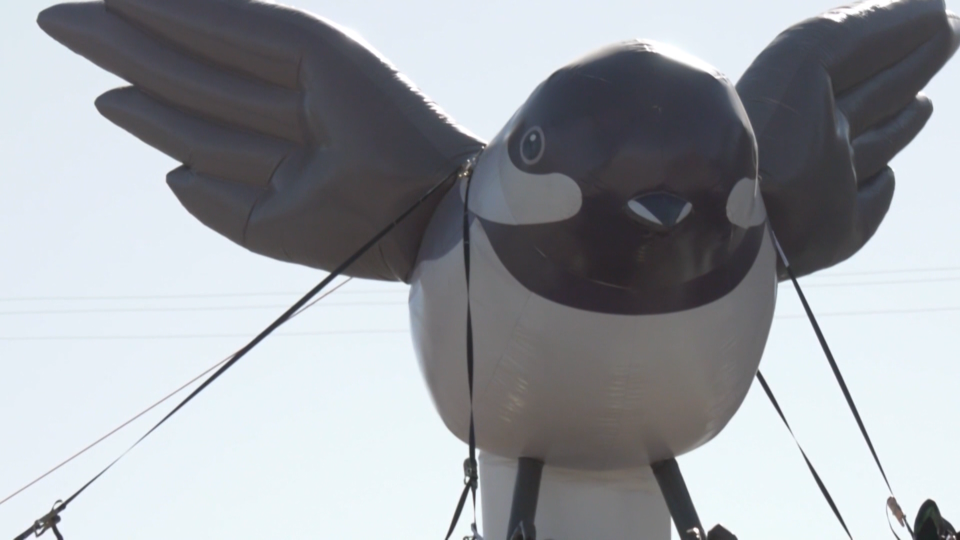 The birds are also part of the Downtown Spark project, hosted by the city, which aims to get more people into the downtown core safely.

“The lack of normal, bustling business on the sidewalks… the place felt vacant and it was a scary feeling,” Ward 6 councillor Scott McKeen.

The birds are around 15 feet by 7 feet in size and fill the space nicely according to McKeen.

“We want Edmontonians to come downtown, pandemic isn’t over, wear a mask, socially distance, but get out of your house,” said McKeen. “Come downtown, see some of this art.”

The message resonated with Edmontonians who have started coming out to see the displays.

“It's nice to come out and see things and have things to do, especially during COVID times when a lot of us just sit at home and do nothing,” said another Edmontonian admiring the birds.

The cost of the birds, along with the inflatable humans around the city, is covered by a federal grant.

The new inflatable residents of downtown will be up for some time, with the Downtown Spark project set to end on April 12.

There are more instillations to coma as part of the project, according to Klask.