Why are there 'gargantuan humanoids' in downtown Edmonton? 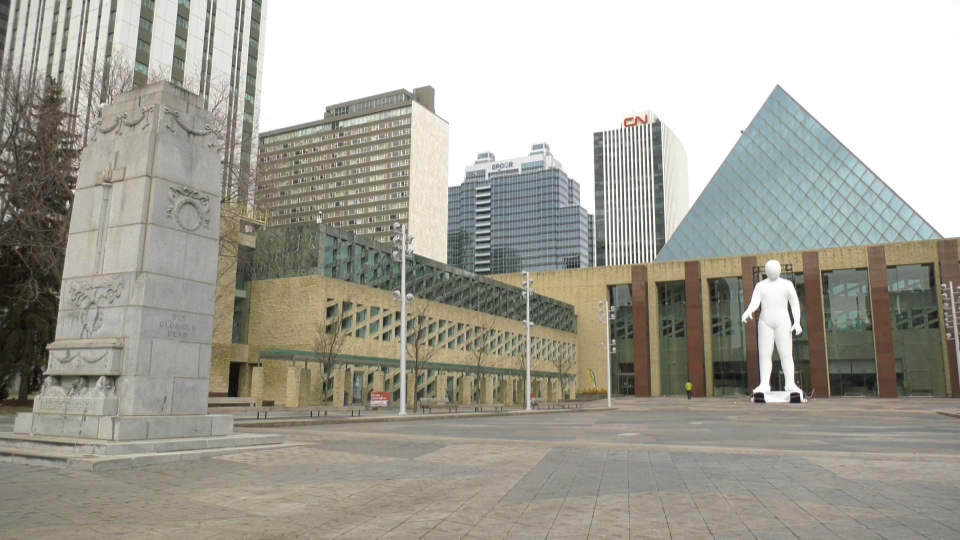 The exhibit is part of the Downtown Spark project intended to highlight exciting experiences that can be enjoyed safely around the city.

According to the Explore Edmonton website, the illuminated titans are 12 metres tall and 13 metres long when lying down.

The inspiration for this idea came from the 1973 Czech/French film Fantastic Planet. It’s said to depict a story set in an unimaginably distant future, in a world of “gargantuan humanoids.” 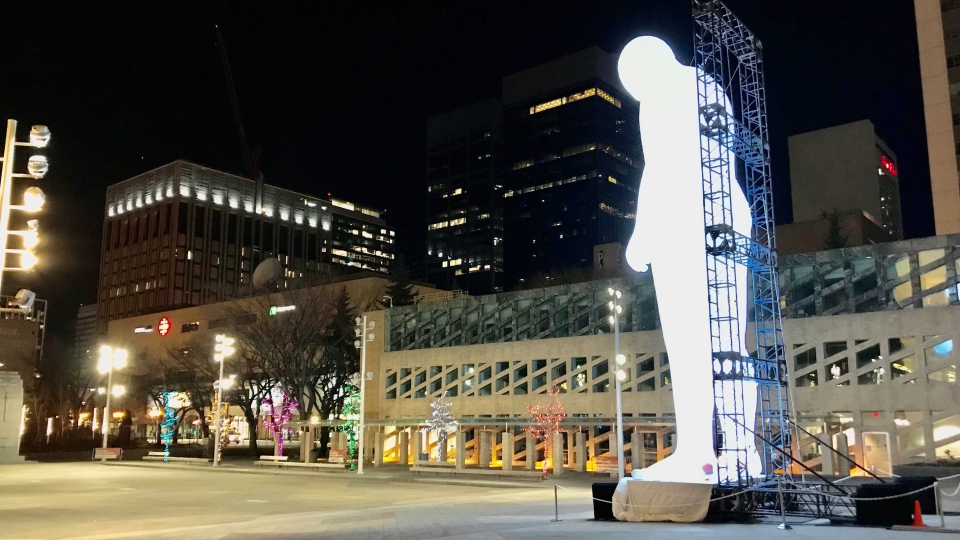 On the Explore Edmonton website, artist Amanda Parer said: “Scale is a very important factor in this work in that the artist is allowing the audience to hopefully experience a moment of humility and reflection amongst these large but peaceful giants, a sense that we as a species rarely get to feel.” 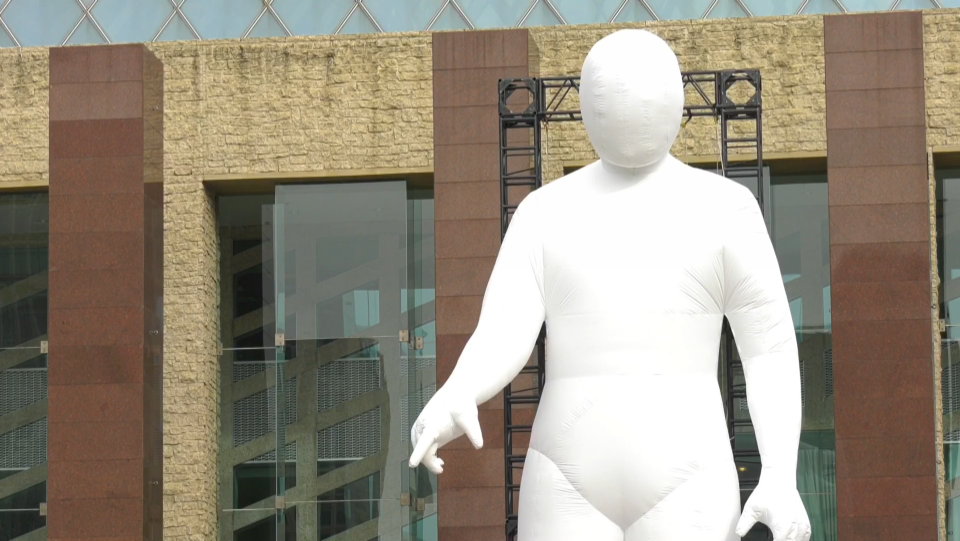 According to the media relations manager with Explore Edmonton, Meredith McLennan, the official unveiling of the complete installations will happen on Wednesday.