File closed, no arrests made in Edmonton pub fight over mask rules 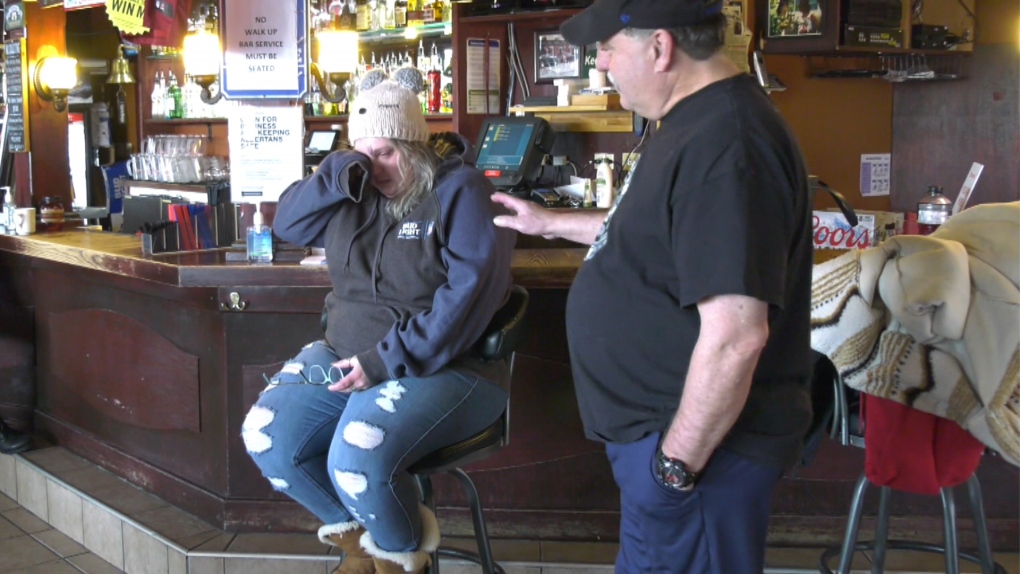 Erin Shaw says she took a glass to the face after enforcing Alberta's COVID-19 mask rules at her family's Crown & Anchor Pub & Grill in north Edmonton on Nov. 28.

No charges will be laid after a violent confrontation between a disobedient Edmonton pub customer and a server who says she was trying to enforce mandatory mask rules.

A police file on a reported assault at the Crown & Anchor Pub & Grill in north Edmonton in late November "has been concluded with no arrests."

The server needed 14 stitches after taking a glass to the face in the fight, captured on security footage which was shared with CTV News Edmonton.

According to Erin Shaw, whose family owns the pub, a woman was asked to wear a mask while away from her table. The customer disagreed with staff, and a confrontation with Shaw turned physical.

At the time, restaurants and the like were still open for in-person service but customers needed to wear a mask if they left a designated seating area.

Two dozen reports were ruled assaults. A weapon or threat of a weapon was present 26 times, and officers were spit on twice while responding.