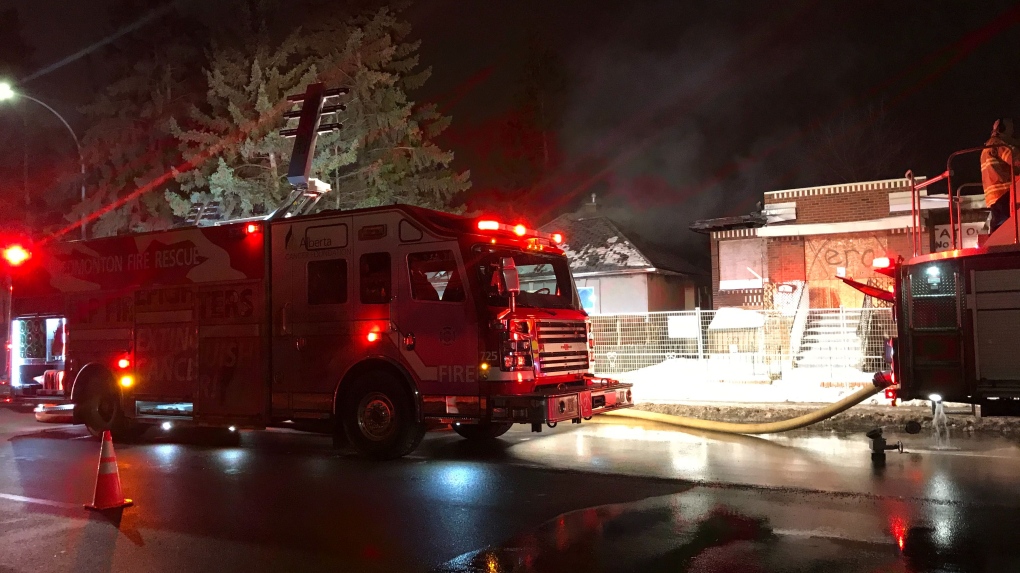 Edmonton Fire Rescue Services said a fire at a home near 112 Avenue and 86 Street was contained to the single building.

EDMONTON -- Traffic on 86 Street north of 112 Avenue was affected Thursday evening while fire crews responded to a blaze at a house in the area.

The fire was reported shortly before 8 p.m. Five firetrucks and about 20 personnel responded.

CTV News Edmonton was told at the scene there had been no residents in the building and that surrounding buildings were unaffected.

Southbound traffic on 86 Street was still being rerouted as of 8:30 p.m. but the traffic had been declared under control.