EDMONTON -- The central Alberta doctor killed in a horrific attack at walk-in clinic has been identified as a father of two.

A 54-year-old Deng Mabiour, who was arrested at the scene, faces charges of first-degree murder, assault with a weapon, and assault of a police officer, Supt. Gerald Grobmeier and detachment commander of the Red Deer RCMP announced Tuesday afternoon.

“This was not a random attack,” he said during a news conference, commenting on the first-degree murder charge.

By the time of the RCMP update, community members had already begun creating a memorial outside the mall clinic. 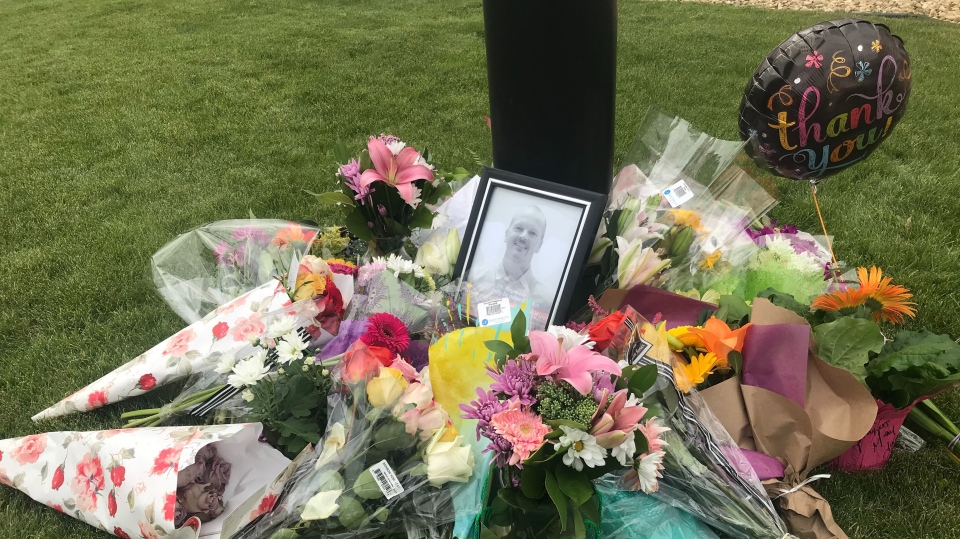 Bouquets were piled around a black-and-white photo of the smiling physician, along with a balloon that simply read, "Thank you."

In the background, crime scene tape roped off the office's entrance from the public.

Two former clinic employees who visited the memorial described the shock of hearing the news about their previous and beloved colleague.

"Who would ever think something like that could happen here? In a medical clinic where somebody's, you know, just trying to save people's lives? asked Theresa Baldwin. "I just can't fathom what would go through that person's head to do that."

Kristen York added, "He built a relationship with everybody here."

"We are a family. We still are. Doesn't matter if we don't work together anymore or not. We are always family."

A GoFundMe – which topped $100,000 as of Tuesday afternoon, far exceeding its $20,000 goal – called Reynolds an exceptional person, a “devout father to two amazing young daughters and a loving husband.”

“He loved to run, be healthy and, most of all spent time with his family.”

The fundraiser’s organizer said the money would be used for Reynolds’ daughters’ education.

Grobmeier encouraged all those affected by the killing to seek help.

“Our community is reeling from this tragic event. We encourage everyone involved — the witnesses, the fist responders and family and friends and colleagues of Dr. Reynolds – to reach out to victim services at 403-406-2345 for support during this difficult time.”

RCMP described the killing as violent and traumatic on Monday, but had released few other details including whether the attacker was a patient of Reynolds.

Grobmeier said Tuesday Reynolds and Mabiour did know each other through the clinic, but couldn't confirm in what capacity.

He said police had not been called about issues at the office before, nor had Mabiour been on their radar. A court record check showed no previous charges against the 54-year-old Red Deer resident.

What RCMP did confirm Tuesday is that the attacker used a weapon, and an officer sustained minor injuries arresting one person at the scene.

According to the RCMP superintendent, the officer was sore but recovering at home, like many other RCMP members would be in light of the traumatic event.

Mabiour's other charge – assault with a weapon – stems from an alleged attack against another doctor, who Grobmeier said was not hurt.

Alberta RCMP’s Major Crimes Unit has taken over the case.

A patient of 13 years told CTV News Edmonton she hopes "urgent justice" is found for Reynolds.

"I believe he had a huge contribution to our community and society, especially here in Red Deer," Berlie Stork said.

She had tried to make an appointment at the office Monday, but did not make it past the clinic's voicemail machine.

"How come nobody's answering?" she recalled thinking. "I heard the news. I said, 'I hope it's not true. It seems like it's a nightmare.'"

Reynolds delivered her daughter. Stork said she was unsure how she could find another physician who she also considered a friend.

"To me, a friend is someone who cares about you, someone who looks after you and your family... and that makes me think that he is one of my friend(s)."

Speaking in Camrose, Premier Jason Kenney also sent wishes to those all affected by the tragedy and thanked police.

"Just terrible news. Everybody’s hearts and minds go out to the family of the loved ones and the coworkers of that physician," Kenney commented.

"I want to commend the police for having responded quickly and alertly to that attack and preventing any other violence, any other victims of that person. By all accounts the person appears to have been deranged. We'll obviously wait for further reports from police in the region." 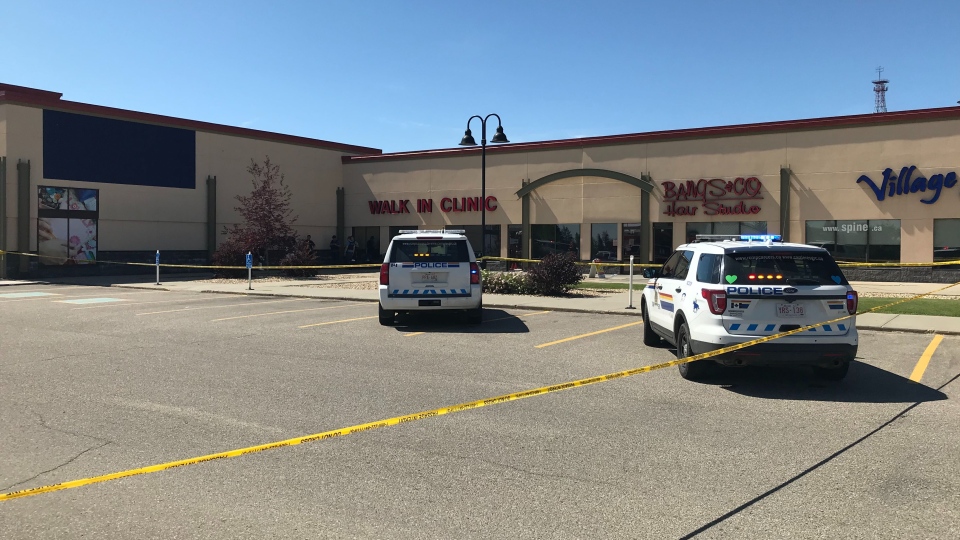