Fourth-straight loss for the Eskimos 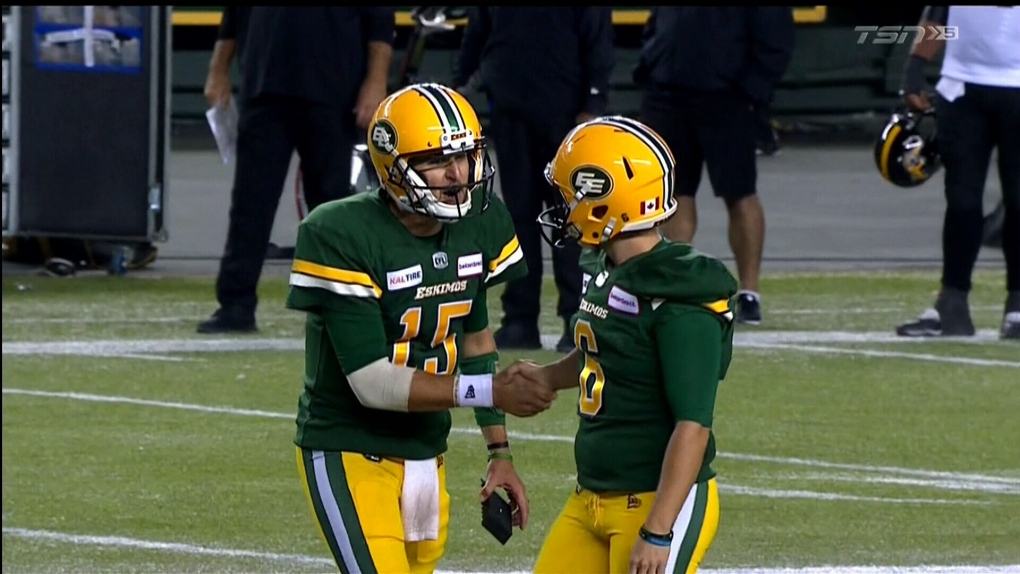 Friday night the Eskimos lost their fourth straight game after facing the top team in the East, the Hamilton Tiger-Cats.

Back-up quarterback Logan Kilgore made his first start as an Eskimo, replacing an injured Trevor Harris.

Harris has been out since suffering what appeared to be an upper-body injury during the Eskimos last game with the Stampeders.

Kilgore brought the Esks back from a 24-point deficit during the second half of Friday night’s game. But it wasn’t enough as they fell 30-27.

“It’s frustrating to start off the way we did, but man what a finish.” said Coach Jason Maas in a post-game interview. “That’s the CFL for you, you’re never out of it. You’ve got to keep fighting.”

Maas also said that it wasn’t the score they wanted, but says it’ll help the team going forward.

With the win, the Hamilton Tiger-Cats clinched a home playoff spot.

The best chance the Esks have to make the playoffs now is with the East Division cross-over. No cross-over team has ever gone on to win the Grey Cup.

The Eskimos next home game is October 12, where they hope to sweep their series against the BC Lions.