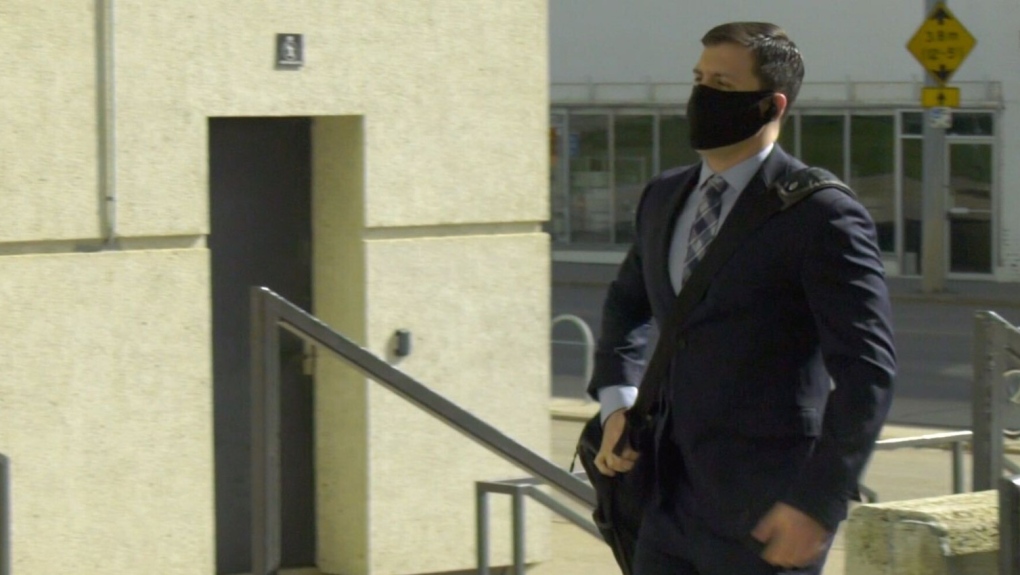 Matthew McKnight walks into the Edmonton Law Courts building ahead of the second day of his sex assault sentencing hearing. (Jay Rosove/CTV News)

EDMONTON -- The sentencing hearing for a former Edmonton night club promoter continued for a third day on Wednesday and is expected to last at least one day longer than initially scheduled.

The hearing was scheduled to conclude Friday, but will now continue for at least two more days.

The Crown is seeking a 22 1/2 year sentence for the five convictions.

The hearing began Friday with a victim impact statement, the fourth of McKnight's victims to address the court.

She says the sex assault has had a lasting impact and left her dealing with panic attacks and anxiety.

"I want more than anything else in this world to be the person I was before that night," she told the court.

Her identity is protected by a publication ban.

Bottos has argued a beating McKnight sustained from another inmate while awaiting bail should serve as a mitigating factor in his sentence.

On Friday, the court was played a second video of McKnight being assaulted by his cellmate while in the Edmonton Remand Centre on Aug. 14, 2016.

“He was agitated and called me 'skinner' and a rapist,” McKnight said Thursday of his attacker.

Four days earlier, he said he was rushed by a guard from general population to a holding cell after his face was shown on TV News.

"A guard came in and said I had to get out of there fast, because everyone was seeing who I was and what I was charged with.”

He said he's worried for his safety when he goes to prison.

Prosecutor Mark Huyser-Wierenga argued the assault should have no effect McKnight's sentencing.

In his opening submissions on Wednesday, prosecutors said the offences are gravely serious and McKnight's moral responsibility is huge in what he described as drug-facilitated sex assaults.

On Thursday, the court heard from a third woman who was assaulted by McKnight.

"You saw intoxication as an opportunity," she told the court.

The woman said she remained silent about the attacks for years until hearing of other victims and going to the police.

The court heard victim impact statements from two other women on Wednesday who said they have experienced anxiety and suicidal thoughts since the attacks.