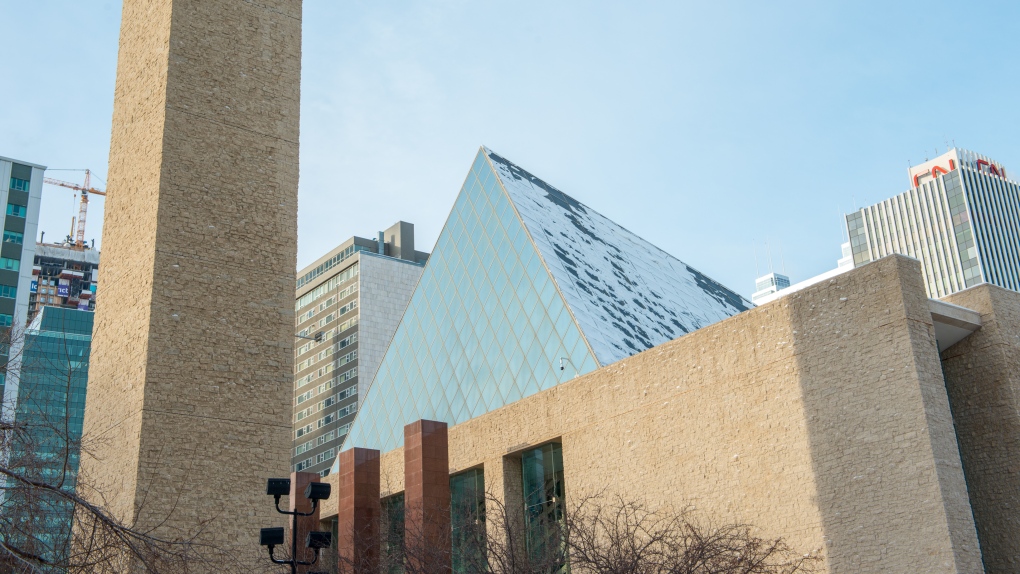 After listening to the City of Edmonton's CFO Mary Persson break down the numbers from the 2021 provincial budget Thursday, Mayor Don Iveson says his city has been hit harder than most.

EDMONTON -- Edmonton is “winning the losing race” against COVID-19, according to its mayor, and he believes the only way to catch up is with stronger health measures and stricter enforcement.

“I’m sensing from Edmontonians and from my council colleagues a desire for the government of Alberta to act more strongly,” said Don Iveson Thursday, following a COVID-19 presentation from city staff.

For starters, Iveson wants city bylaw officers to have the power to fine people who do not comply with provincial health orders, such as private gathering size limits.

Currently, city patrol officers can only ticket people for violating municipal bylaws, such as the mask mandate. In Edmonton, provincial health orders are only enforced by Alberta Health Services and the Edmonton Police Service.

“We were doing what we can with the tools that we have from the province,” said Iveson.

Only the province can grant enhanced powers and has done so earlier in the pandemic. Iveson said the ministerial order allowing municipal officers to enforce provincial health orders expired in June and has not been renewed.

“What we’re asking for is for that order to be reinstituted by the province so that the province’s rules can be enforced at all levels,” said Iveson.

However, even with its limited powers, the city doesn’t seem to be flexing its muscle.

Since Aug. 1, peace officers have issued 2,011 warnings to people for not wearing a face covering, but issued just four tickets, according to City of Edmonton data.

On health restrictions, Iveson did not specify what he’d like the province to introduce, but suggested a full lockdown was not the answer.

“I am very eager to work with the province on even stricter measures,” said Iveson.

That eagerness is not necessarily translating into productive communication.

“What is the key driver of the next stage of restrictions should they become necessary?” asked Iveson.

“At the moment, we haven’t heard information from Alberta Health about the triggers for the next actions,” replied Dr. Michael Zakhary, medical officer of health for AHS Edmonton Zone.

“Well, I think the public wants to know and so do we, so please pass that back,” said Iveson, who acknowledged Dr. Zakhary was in a “tough spot.”

The province has previously identified two province-wide triggers that could result in further measures: an increase in 5 per cent or more in accumulative hospitalizations over a two-week period or if more than 50 per cent of Alberta’s intensive care unit beds are being utilized.

Edmonton COVID-19 case and hospitalization totals have hit record highs in the past week.

On Nov. 12, Alberta implemented its latest round of mandatory health measures, which included lower private gathering limits and operating restrictions on fitness studios, bars and restaurants.

Many people, including several Alberta doctors, have called the restrictions inadequate.

The current end date for the province’s latest restrictions is Nov. 27.

Following Thursday’s presentation, some councillors expressed frustration at what was termed a “lack of transparency” regarding the sharing of provincial COVID-19 data and modelling projections.

“It’s not being shown to us and it’s frustrating.”

The last time Alberta released a series of detailed COVID-19 projections and modelling was in April.

“When I was out door-knocking last weekend, this was the number one issue to come up. The common theme I heard from people across the political spectrum is that they don’t know enough,” added Andrew Knack, councillor for Ward 1.

“That shouldn’t be the case eight months into this.”

However, the province confirmed to CTV News Edmonton it has no plans to update the projections.

"Should the Alberta government determine there would be a public health benefit to updating it, we'll share it," spokesperson Zoe Cooper said in a written statement.

MASK BYLAW TO BE EXTENDED

The city’s mask bylaw, which mandates citizens wear a face covering at all public indoor spaces, will likely be renewed Friday, according to interim city manager, Adam Laughlin.

The bylaw went into effect Aug. 1 and currently expires on Dec. 31.

The city has deployed an “education-first” strategy to enforce its mask bylaw. “It’s a measure we’re considering, to be a little bit more firm on the mask bylaw,” said Laughlin, who noted overall mask compliance is “quite high” at 96 per cent.

City bylaw officers are accompanying AHS on business compliance checks. According to city data presented Thursday, 783 businesses were visited between November 13 and 17. Of those, 96 per cent were complying with the new restrictions.