EDMONTON -- A 17-year-old female student who was stabbed at a school south of Edmonton Monday morning has died.

STARS flew the victim from Christ the King School in Leduc to the University of Alberta Hospital in Edmonton that morning. 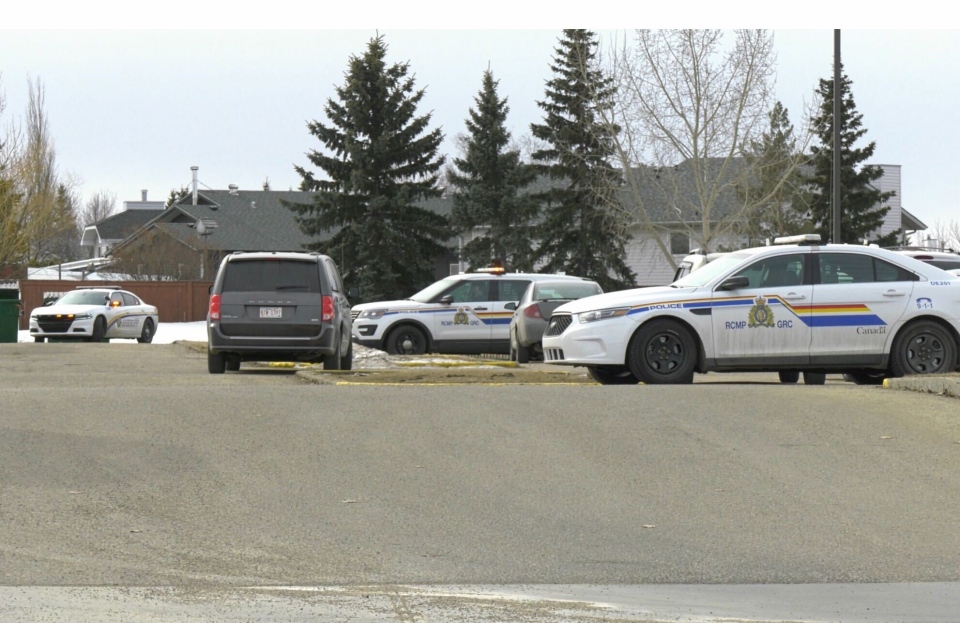 Mounties confirmed she had died shortly before 3 p.m. and said they would be investigating her death as a homicide.

“This is a true tragedy," Sgt. Dale Kendall told members of the media on Monday afternoon. "It is incomprehensible that an act such as this could happen here in our close-knit community of Leduc. This is life altering for the family and friends of the deceased, the youth and staff at Christ the King, and for our entire community."

A 19-year-old man is in police custody. According to investigators, the victim and the man arrested were known to each other, and he was also a student at the school.

Mounties were called around 9:30 a.m. about a violent assault in one of the classrooms at Christ the King. A male "believed to be responsible left the school." He was arrested in the backyard of a home in the Meadowview neighbourhoood without incident around 12:20 p.m. 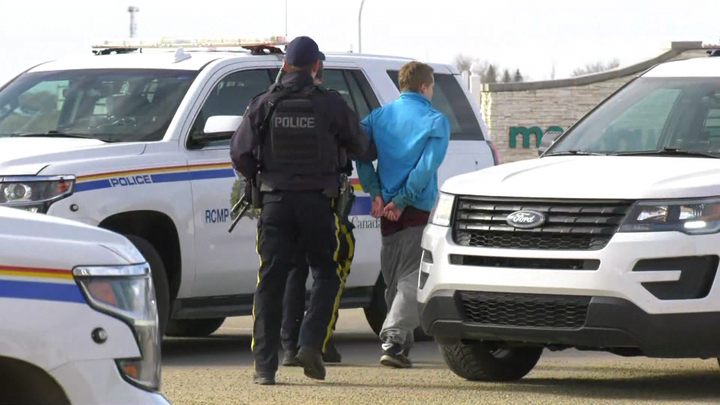 RCMP NOT LOOKING FOR OTHER SUSPECTS

RCMP said they were not looking for any other suspects and there was no further public safety concern.

The Grade 9-12 school of about 350 remained locked down until noon. Kendall confirmed Christ the King does have a school resource officer, but said the officer wasn't present at the time of the incident.

A spokesperson for the Saint Thomas Aquinas Roman Catholic School division told CTV News Edmonton earlier that morning the lockdown was initiated "after a violent incident in the school."

"RCMP are managing the situation appropriately and providing direction to staff and students on site," they said at the time.

Mounties responded with air, ground and canine units and closed off access around the school on Rollyview Road until about 12:30 p.m.

The public Black Gold School Division entered hold-and-secure mode that morning in response to the event. Officials issued a statement that all students and staff were safe and classes were resuming as normal.

According to Leduc Mayor Bob Young, all schools in the area were locked down after the stabbing because the suspect fled.

"Our recreation centre isn't very far from there, so we were in contact with the RCMP but they never ever advised us to lock down our other municipal facilities," Young told CTV News Edmonton.

Black Gold's hold-and-secure mode ended half an hour after it was called, although Pre-K and Kindergarten classes were cancelled.

"We've all gone through lockdowns where there was someone with a knife or someone with a weapon," he said. "Over 36 years, that's probably happened four or five times. But to actually have somebody injured like this, it's a shock. Nowadays, we train for that and we practice for it, but you just never expect it to happen in your community."

He added the community and school division would undoubtedly be there to support those affected by the event.

SUPPORT FOR FAMILY AND STUDENTS

According to Kendall, the victim services teams had been dispatched to the hospital to be with the family of the victim, and Christ the King School also activated its trauma unit to help students and staff at the school.

She wouldn’t specifically confirm other students were present when the attack happened, but did say it happened in one of the classrooms.

“You know this is the youth of our community and we want to make sure they are well taken care of,” she said. 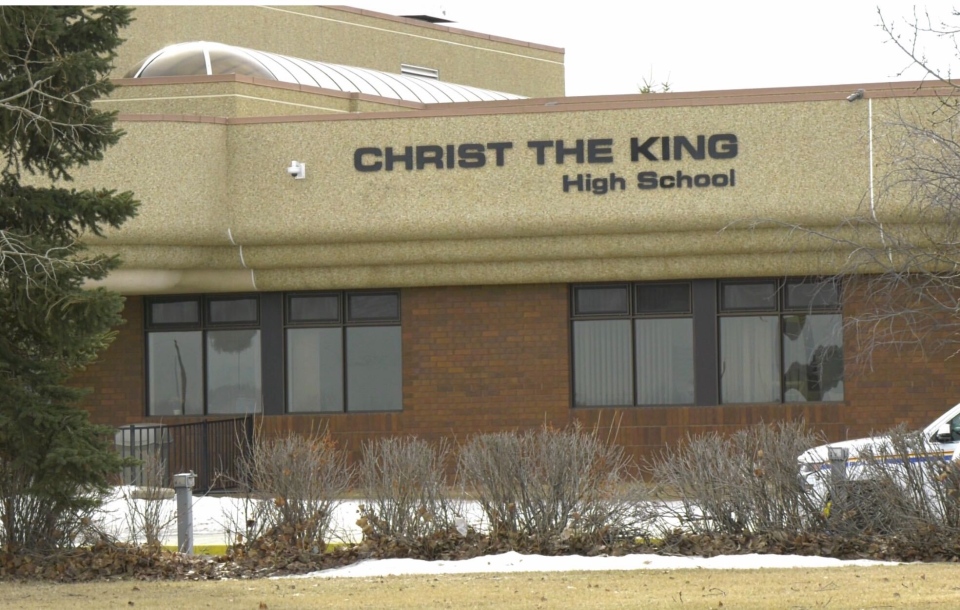 The school board also confirmed that classes would be cancelled at Christ the King School on Tuesday, but the school would remain open for any students or staff who need to access support services.

“This loss will be felt deeply across the Christ the King School community, and across our Division as a whole,” Superintendent Charlie Bouchard said in a written release. “We cannot express deeply enough the sorrow we feel for the family members, friends, and staff members who have lost a loved one today, and whose lives will be forever changed.”

Anyone needing support after this incident can contact the Mental Health Helpline 24/7 at 1-877-303-2642. Students can also reach out to the Kids Help Phone any time by texting CONNECT to 686868.