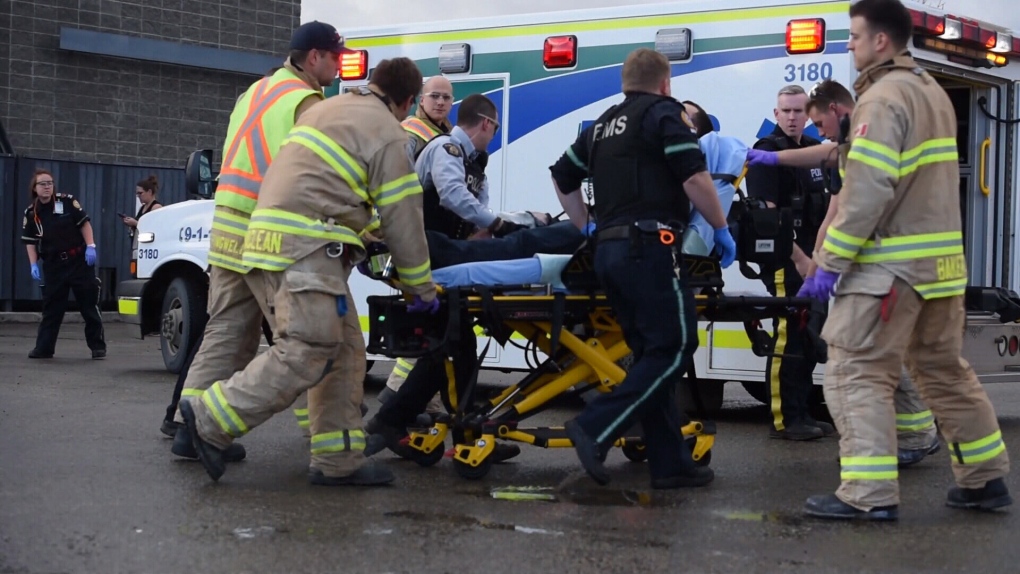 One man remains in hospital, while two others are in custody, following a shooting in Grande Prairie Thursday.

One man is in hospital, and two others are in police custody, following a September 27 shooting in Grande Prairie.

On Thursday around 5:51 p.m., RCMP responded to a report of a man who had been shot in the area of 92 Street and 100 Avenue following an altercation with two others.

After being shot, the man drove into a local business. The suspects fled the scene in a separate vehicle.

That vehicle was located by police a time later, and Police Dog Services tracked the suspects to a home near Trumepter Village.

There, two 26-year-old men were arrested without incident.

The 24-year-old who was shot remains in hospital.

RCMP said the events seemed to be an isolated incident.