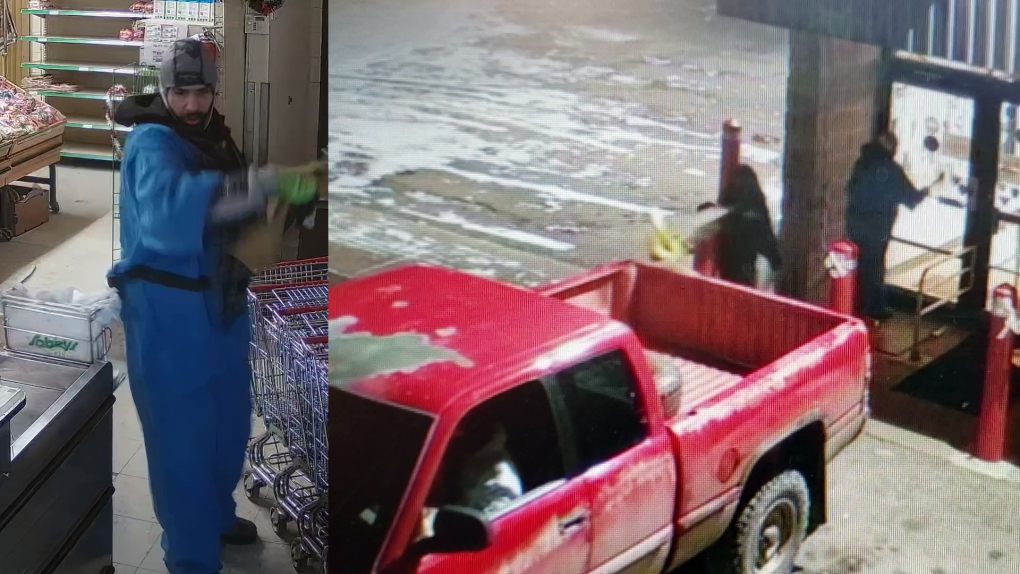 Security footage from a grocery store robbery in Lamont on Nov. 28, 2019. (Source: RCMP)

EDMONTON -- Police are looking for three people after a break-in at the Lamont grocery store last month, causing damage to the outside of the building.

The thieves used a truck to cause the damage.

The first thief is described as male, 6’, about 200 pounds with black hair and a goatee, wearing blue coveralls, green gloves, a black hooded sweater and a green toque.

The second thief is described as being the driver of the truck and wearing a light coloured coat.

The third thief is described as smaller in structure and wearing dark coloured clothing.

The truck is described as a 1990s Dodge Ram extended cab truck with paint missing from the roof.

Lamont is about 75 kilometres northeast of Edmonton.