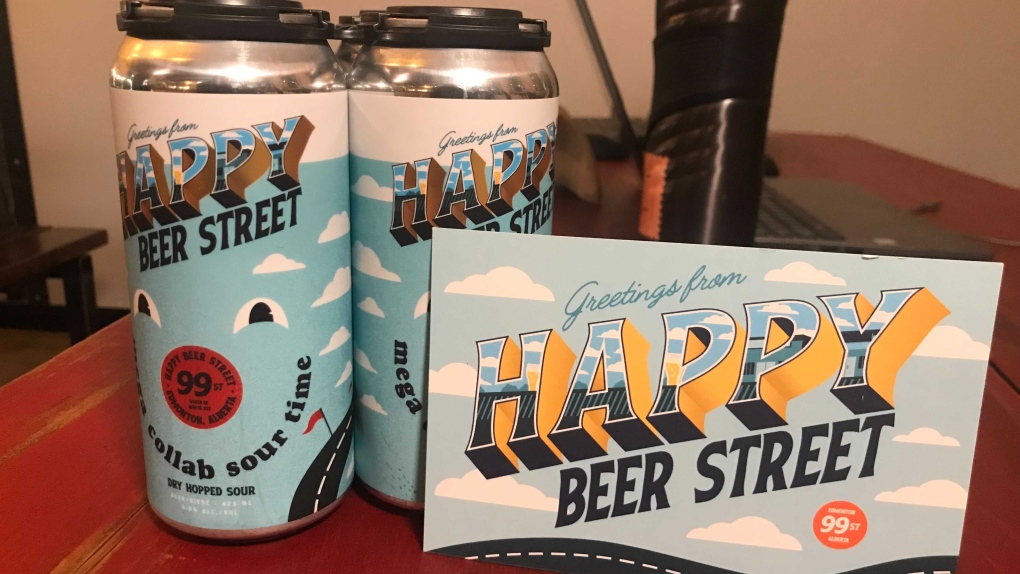 Craft beer enthusiasts will have a new destination to enjoy their favourite ales and be happy.

Seven breweries banded together to propose renaming a section of 99 Street, from 81 and 60 Avenues, as Happy Beer Street.

To celebrate the initiative, each of the participating breweries are collaborating on a new beer named after the brewery district. Launching Friday, the Happy Beer Street brew will be a time dry hopped sour with guava, floral, and stone fruit flavours.

The breweries are starting work to get the city to officially recognize the new name of the district. A petition has been drafted and the breweries are working to get signatures of support for the namechange.

Ultimately, the proposal to change the street name will need to go through the City of Edmonton’s naming committee to become official. Jay Sparrow, partner at Sea Change Brewing Co., told CTV News Edmonton that the breweries expect the process to take at least a couple of years.

“99th Street has always had a bunch of cool things. There’s some great restaurants and things happening around us,” he said. “This is just another local Edmonton attraction.”

A WAY TO CELEBRATE CURRENT AND FUTURE SUCCESS

Sparrow said his business partners were visiting Calgary’s Barley Belt when they started brainstorming what an Edmonton equivalent could be named.

“Since we all come from a song writing background, we are used to throwing bad ideas around until (hopefully) something good falls out,” Sparrow said.

“In this process, we were able to creatively distill the concept down to what we thought its core components were: beer makes us happy, and this is the street it comes from.

“Once Happy Beer Street was said in the car that fateful day, we all felt well… happy,” Sparrow added. “Originally I said it as a joke, everyone laughed. It just kind of stuck. When we pitched it to the other breweries they all thought it was funny too. We try not to take ourselves too seriously.” 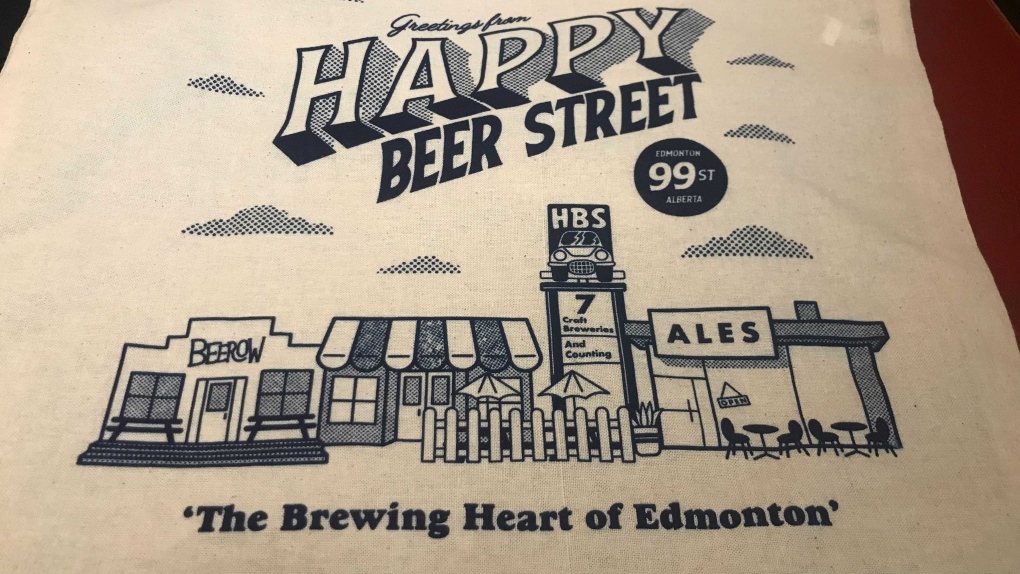 For Greg Zeschuk, owner of Blind Enthusiasm, Happy Beer Street represents a momentum shift that breweries in the area are experiencing and create a welcoming space for future collaboration and breweries.

“We’re just getting started and are well on our way of making this one of the top brewery districts in Canada,” Zeschuk said in a statement.

“Customer can come to Happy Beer Street knowing that they can sample multiple breweries in a small area and find a place that resonates with them,” he added.

A polling station officer says she was scared of contracting COVID-19 on Monday because Elections Canada didn't require workers to be fully vaccinated or allow them to request proof of a medical exemption from maskless voters.