'He was trying to kill them': Crown opens case against accused in attacks on police officer, pedestrians

A trial began Wednesday for the man accused of using a car, a U-Haul truck and a knife in attacks on multiple people including an Edmonton police officer.

On Sept. 30, 2017, EPS Const. Mike Chernyk was hit by a car while manning a barricade outside an Edmonton Eskimos Game. Shortly after, he was stabbed multiple times.

Later that night, police chased a U-Haul truck through the downtown area. The truck hit and seriously injured four people. They, and Const. Chernyk, all survived.

Abdulahi Hasan Sharif, now 32, was pulled from the truck and arrested. He faces 11 charges, including five counts of attempted murder.

In her opening statement, Crown Prosecutor Elizabeth Wheaton told the jury, “he drove into these people intentionally because he was trying to kill them.” 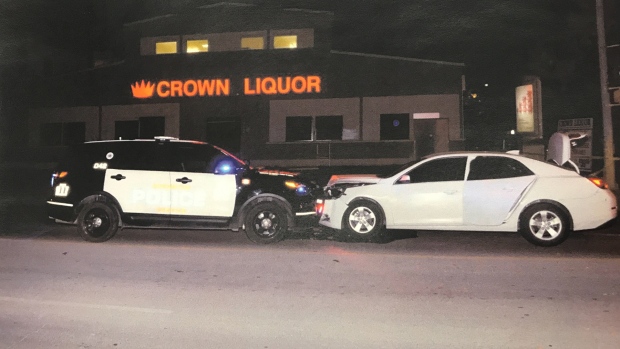 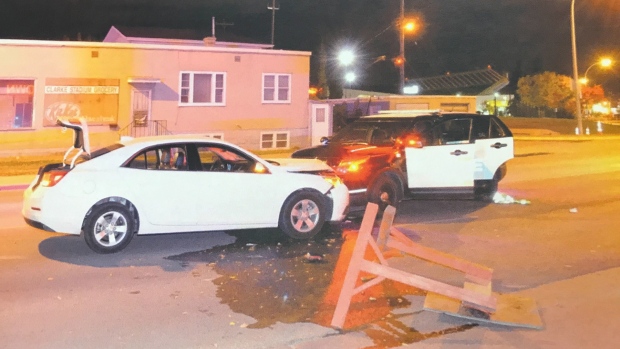 Sharif has gone through several lawyers, and has now made the unusual decision to represent himself in court. The accused is listening in on proceedings with the help of a Somali translator.

The court has appointed lawyer Greg Lazin the role of “amicus” which is Latin for “friend.” He will assist the court in ensuring Sharif gets a fair trial, but he is not representing, or taking instruction, from the accused.

Several weeks have been set aside for the trial.