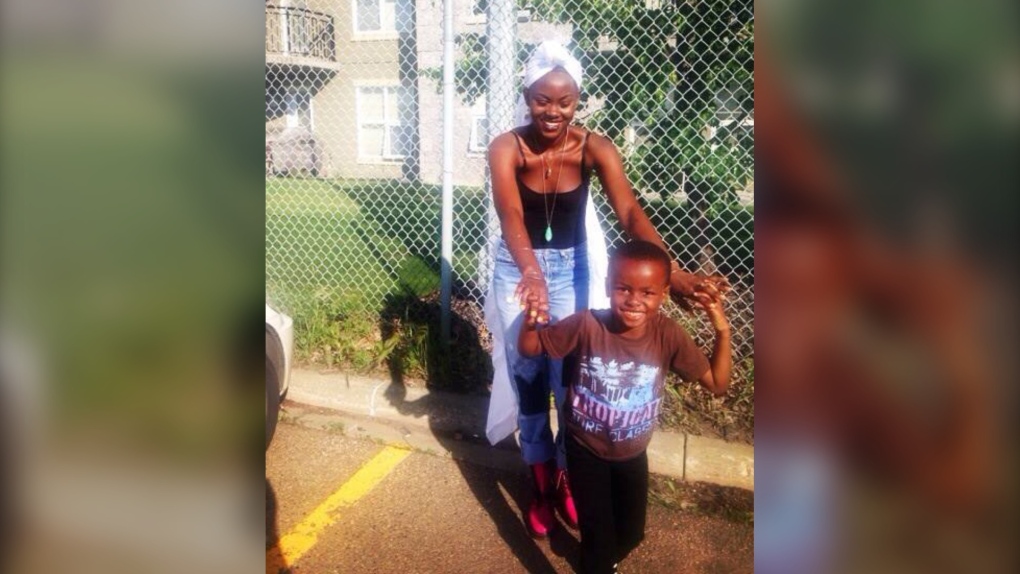 Una Momolu is upset after she says her son Emmell was told by school staff his durag was also worn by gangs in the area.

EDMONTON -- A rally was held Thursday night for an Edmonton mother who says her 11-year-old son was racially profiled when asked to remove his durag at school over gang affiliation concerns.

Emmell, a Grade 6 student at Christ the King school, was asked to remove the headwear because it contravened a policy banning "caps, bandanas or hats," Edmonton Catholic School Division said in a statement.

Emmell's mother Una Momolu was upset with how it was handled and held a meeting with the school's principal.

In a recording provided to CTV News, Momolu is heard saying that the hair garment is a part of black culture and equating it to gang activity is racial profiling.

"We have worn it for centuries," she said. "The history of durag has nothing to do with gangs. Now a police officer who obviously has no sense of diversity whatsoever is targeting an 11-year-old for wearing a durag because he thinks people in Clareview are wearing durags in their gang and they're violent."

Another woman (believed to be the principal) in the recording is heard stating the school policy of no headwear.

Momolu then says she understands the policy, but is concerned that her young son was asked if he was linked to a gang.

According to the school, the meeting escalated and police were called to the building.

Momolu left the property and was banned from school grounds for the remainder of the school year.

"The issue of race had no bearing on the actions taken and was NEVER part of the discussion," ECSD said in a statement. "After a thorough review of the incident, the Edmonton Catholic School Division is confident in the actions and decisions made by the principal and will not be making any additional comments."

The conflict prompted a rally in support of Momolu and her son at R.J.W. Dick Mather Memorial Park Thursday evening. 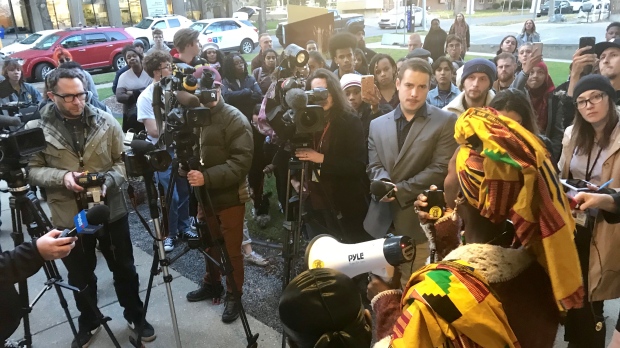 At the event, the mother said she wanted an apology, to see the ban preventing her from going to the school lifted, and rules prohbiting durags changed.

Her son said, "I don’t know what to feel. I don’t like racism and I want it to end."

Momolu added the ban has prevented her from taking her son to school for the time being, and that she'd be continuing to seek an apology from the school board.