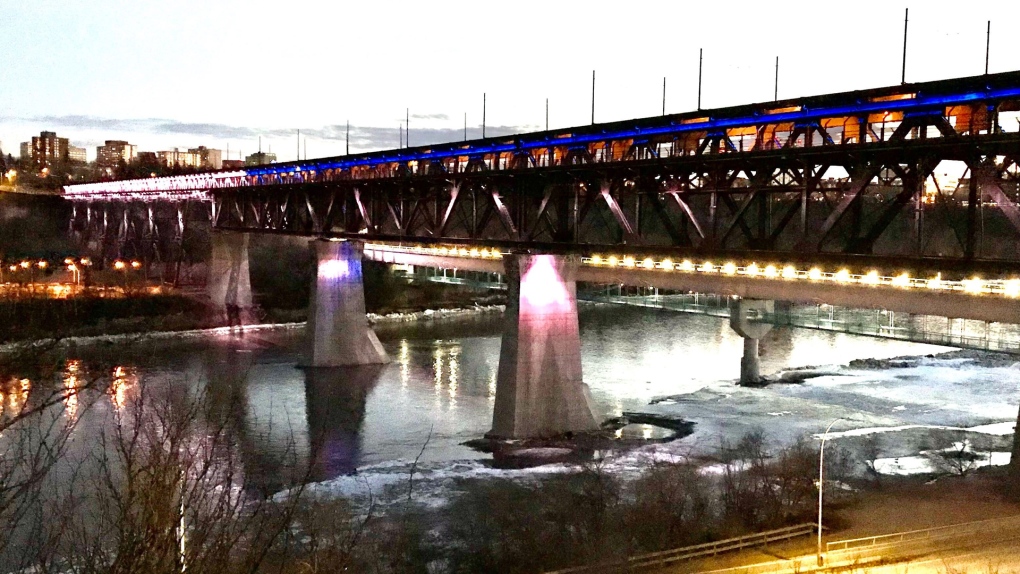 The High Level Bridge was lit in blue and white on April 20, 2020 in a show of solidarity with Nova Scotia. (Sean Amato/CTV News Edmonton)

EDMONTON -- The High Level Bridge in Edmonton was lit in blue and white on Monday night in a show of support for Nova Scotia.

At least 18 people were killed in a mass shooting there over the weekend that spanned 16 crime scenes, including one RCMP officer.

The crime scenes include five structure fires where police believe they may still find more victims.

The suspected gunman was killed after he was intercepted by police.