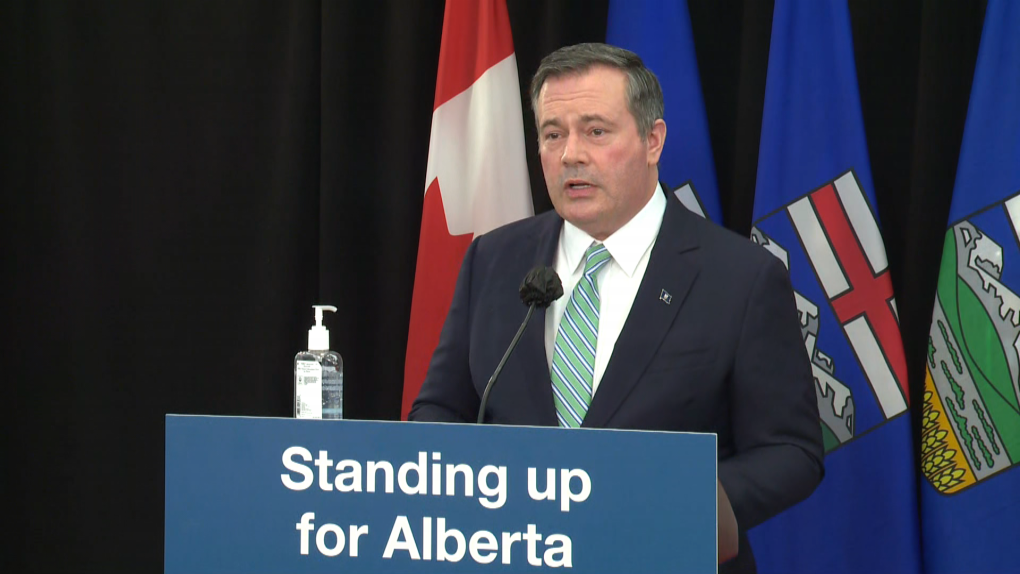 Premier Jason Kenney spoke to media on 16 March 2021 about Bill 51 and how it would give Albertans more direct say in government matters.

EDMONTON -- A new bill could give Albertans the ability to directly voice their opinions on government policy or direction through referendums.

Justice Minister Kaycee Madu tabled Bill 51 in the legislature on Tuesday. The proposed legislation was developed through the legislature’s special committee on democratic accountability after hosting public consultations last year.

To initiate a petition, an eligible Alberta elector would apply to the Chief Electoral Officer who would vet their question and application. This would include exploring if the policy or question proposed is constitutional.

The petition would then have 90 days to gather necessary signatures. Those signatures would be vetted against the list of eligible electors.

A certified petition for a policy or legislation change with the necessary amount of signatories would then be referred to a special committee within the legislature. They would determine whether the initiative would be brought forward directly to MLAs to vote on or pose to Albertans through a referendum.

For constitutional amendments, the threshold of eligible voters as signatories would be 20 per cent threshold as well as two-thirds of all electoral districts in Alberta possessing at least 20 per cent support.

At a press conference following the tabling of the legislation, Madu said the legislation provides a “clear process” to ensure citizens’ ideas are heard by government leaders.

“Every eligible Albertan voter may use [this] to have their government consider their proposal for a new law, new policy, or constitutional referendum question.”

In British Columbia, citizen initiatives require 10 per cent of voters in every constituency to support a petition.

“This initiative law is a guarantee that people can overcome when politicians are not listening.”

There will be limits on how much Albertans running a petition campaign and third parties, like political action committees, could spend on for promoting or arguing against initiative petitions. The specific limits will be set in future regulations.

When asked if he would support a citizen’s initiative exploring Alberta independence from Canada, Kenney said he respects Albertans view about separation but would stand for a “strong” Alberta within a united Canada.