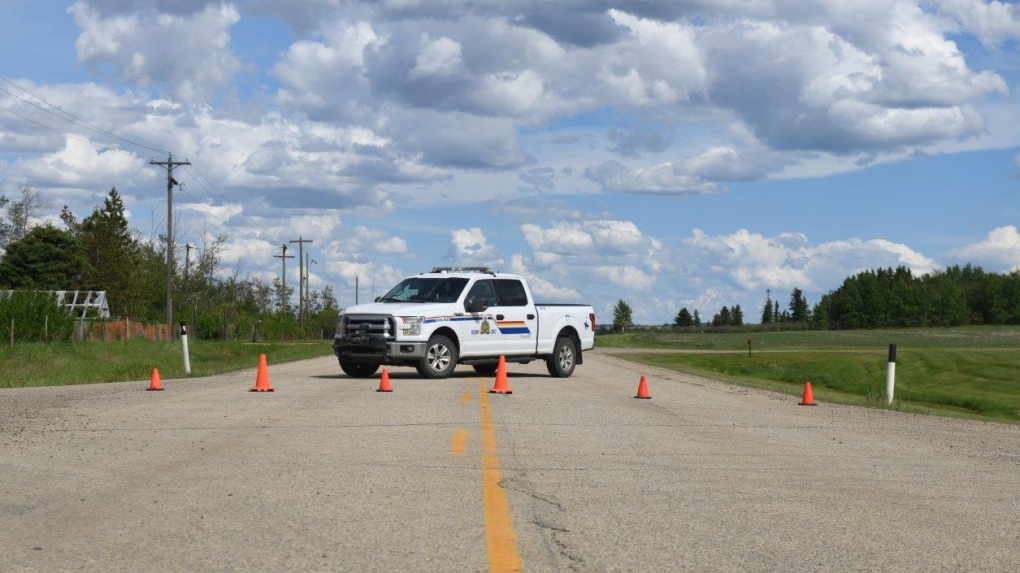 Police investigate a suspicious death, which has since been deemed a homicide, near Spirit River, June 11, 2020. (Courtesy William Vavrek Photography)

EDMONTON -- Investigators confirm that a 19-year-old man found dead on the side of a highway in northern Alberta last week was the victim of homicide.

The man's body was found beside Highway 677 west of Highway 2, near the town of Spirit River, on June 12.

After Spirit River RCMP determined the circumstances of his death were suspicious, Alberta RCMP Major Crimes took over the case.

An autopsy has since been completed in the victim and determined his manner of death was homicide. Police are not releasing the man's identity.

Police say dashcam footage has helped them in the investigation. A suspect has not yet been identified.