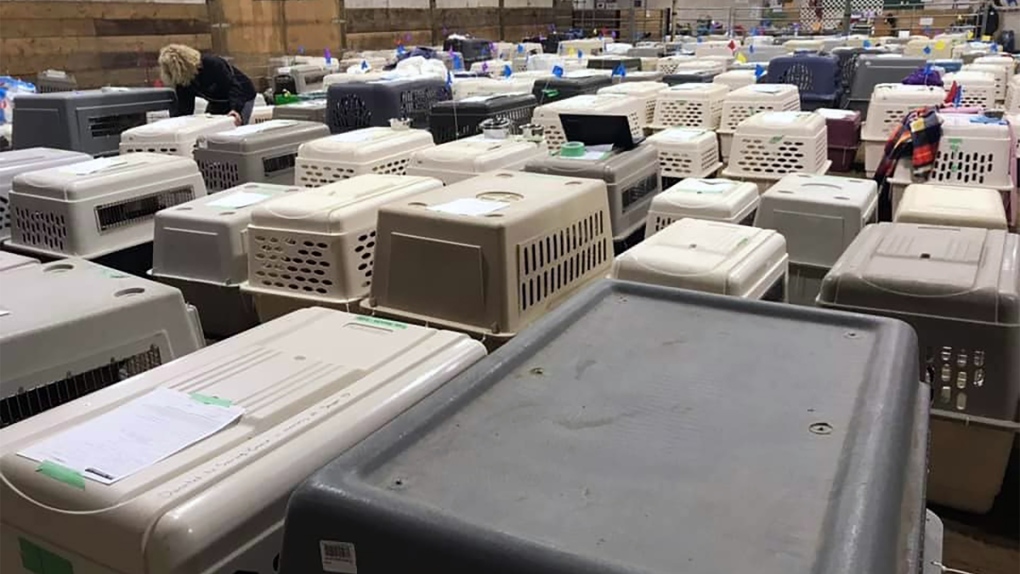 In this photo posted by the Alberta Animal Disaster Rescue Response on June 2, animal kennels are seen at the Athabasca Agriplex.

Hundreds of animals have been rescued from communities threatened by wildfires, Alberta Animal Disaster Response says.

The organization, which is run by the Alberta Spay Neuter Task Force and Alberta Animal Rescue Crew Society, says 283 animals have been evacuated from the MD of Opportunity/Wabasca and Bigstone Cree Nation.

All animals in immediate danger are now believed to have been evacuated from the area, and will be transferred to boarding kennels until they can be reunited with their owners.

A centre will be set up in Wabasca to reunite owners with their animals when it’s safe to do so.

No additional volunteers are required for the rescue mission at this time, but anyone who wishes to donate to the AADR can do so online.