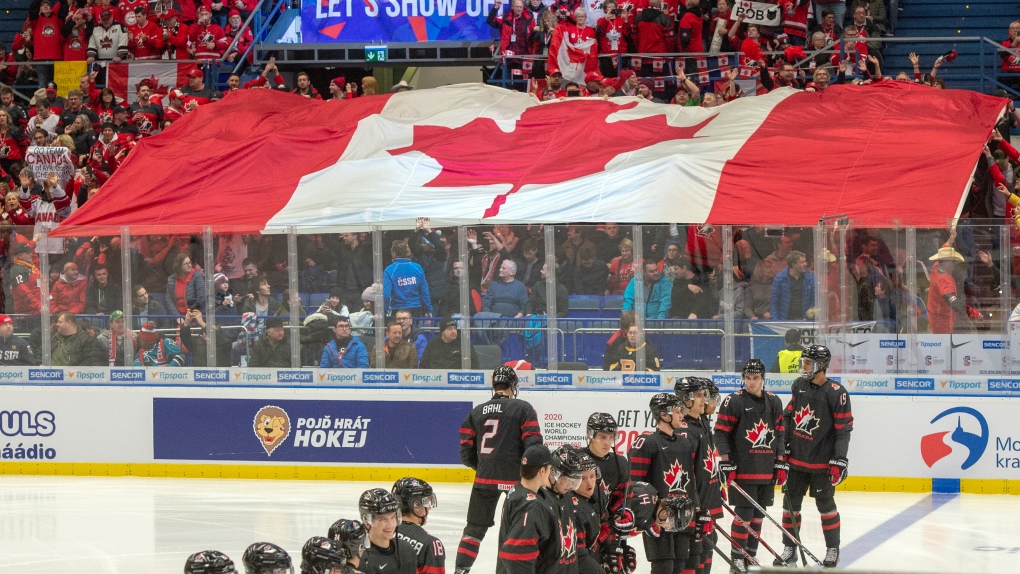 Canadian fans unfurl a giant flag before the start of the gold medal game against Russia at the World Junior Hockey Championships, Sunday, January 5, 2020 in Ostrava, Czech Republic. THE CANADIAN PRESS/Ryan Remiorz​

EDMONTON -- Since 1974, the country's best teenage male hockey players have been drawn from coast-to-coast to represent Canada on junior hockey's biggest stage.

Historically, Team Canada's players have come from all 10 provinces, two of the three territories and from 334 cities, towns and communities as familiar as Toronto or Edmonton to as small as Barry’s Bay, Ontario or Uranium City, Saskatchewan.

The below interactive tracks the cities of birth for all Team Canada players since the start of the World Juniors.

Pause the timeline to zoom and hover over cities to see player details.

As expected, Canada’s historically most populous city has produced the most players with 50 being born in Toronto.

That number increases when one adds players born in neighbouring suburbs like Mississauga and Oakville. A similar dynamic exists for other cities of cities like Montreal and Vancouver.

Edmonton and Calgary are next followed by Montreal proper. Winnipeg, Saskatoon and Regina have all punched above their weight in producing World Juniors talent.

See more in the data race below that tracks the hometowns of every player to have been on a Canadian World Juniors roster. Click the legend to filter by province.

And, here’s a look at representation by province. This one shows each year’s roster make-up by player home province, meaning returning players are counted more than once.

In one sense, hockey is all about scoring, so where have Team Canada’s top World Juniors points leaders come from?

The below data race tracks Team Canada’s point leaders throughout the World Juniors by province of birth. Filter results by clicking on the legend to sort top scorers by home province.

Finally, here’s a look at how this year’s Team Canada roster breaks down by province.

Unless otherwise noted, the above graphs exclude 19 players who have represented Team Canada at the World Juniors but were born outside the country.