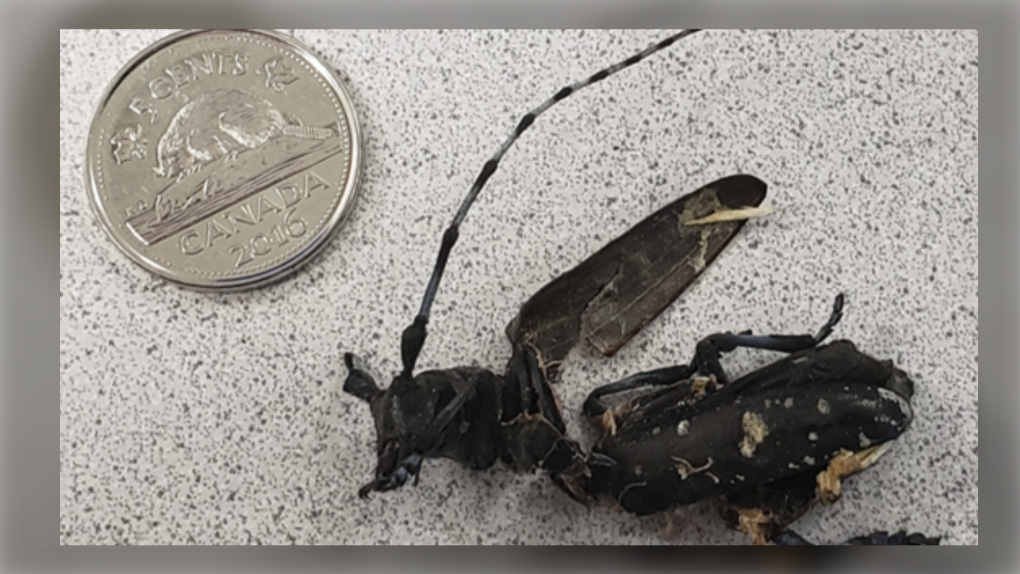 The Asian longhorned beetle was found in Edmonton back in May. (City of Edmonton)

A major pest on hardwood trees in China has now been found in Edmonton for the first time.

The Asian longhorned beetle is considered a regulated invasive pest in Canada and attacks a variety of hardwood trees.

The city’s pest management lab quickly identified the bug as the first detection of the Asian longhorned beetle in Edmonton.

Within 24 hours the lab placed traps near the site while the Canadian Food Inspection Agency worked to properly dispose of the wood in the shipment.

The beetle measures up to 3.5 centimetres long and has a lengthy, banded antenna along with distinct, bright white spots on its shiny black back.

The beetle was first found in Canada back in 2003 in Ontario after likely hitching a ride to the country in wooden packing materials.