Is Edmonton ready for Bitcoin? 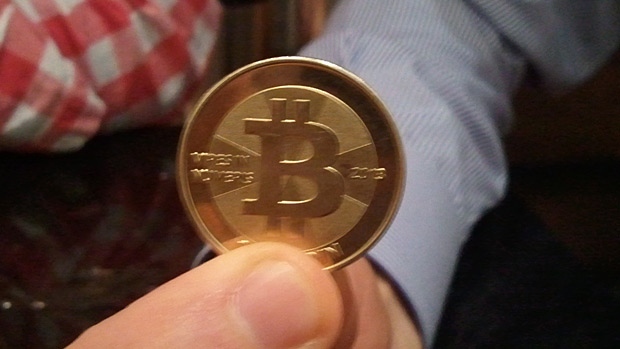 The coin that everyone online is talking about has caught financial organizations by surprise and it’s coming to Edmonton.

The coin that everyone online is talking about has caught financial organizations by surprise and it’s coming to Edmonton.

“If I were to speculate there are probably 50 to 100 people in Edmonton who have Bitcoins or who are actively engaged in Bitcoin,” he explained.

Jacob acknowledged that a lack of understanding of the concept of the currency has kept many away.

According to the Bitcoin website each user gets an address, which is used to make and receive payments, similar to an e-mail account. All transactions are shared on a public log, which is how users believe the coin keeps it integrity.

Investor, entrepreneur and another Bitcoin enthusiast, who also goes by the Twitter name @Bitcoinpete, Peter Dushenski, said Edmonton has the ideal culture to see Bitcoin excel.

“Edmonton is an innovative community. It’s a tech-oriented community. We love our Twitter. We love hashtag yeg. We love our smartphones and we are much less corporate than Calgary,” he explained.

“Bitcoin is the most disruptive, innovate, creative space in the entire world right now. Edmonton could very well be a good place to see that kind of idea shine.”

However, most financial organizations appear unprepared for the rise of the alternative currency.

Edmonton’s Chamber of Commerce told CTV News they did not have an official position on it but were interested to see how it would fit into the local business community.

As well, the Bank of Canada said it has not done any work on the Bitcoin movement but added they were hoping to explore the concept of “e-money” over the next few years.

A spokesperson for the institution, Dale Alexander, compared Bitcoin to Canadian Tire money.

“There is no law preventing community organizations or other private interests from offering their own payment instruments (one can think of Canadian Tire money, or Saltspring Island dollars for instance), and both parties to a commercial transaction are free to agree on whatever form of payment they choose to settle that transaction,” he wrote in an e-mail.

Alexander also pointed out that in section 8(1) of the Canadian Currency Act it states:

“Subject to this section, a tender of payment of money is a legal tender if it is made

(a) in coins that are current under section 7; and

Jacob responded that although the alternative currency was still in its infancy, those in the Bitcoin movement were eager to get others involved.

“What the Truck and some of these other creative initiatives that happen in Edmonton I think are great launching pads or potential groups we could have conversations with,” he said.

Edmonton’s first, official Bitcoin meetup has been planned for 7 p.m. on June 6 at the Oliver Building, 10225 100 Avenue.