'It has been an amazing hundred run': Edmonton war veteran celebrates big milestone 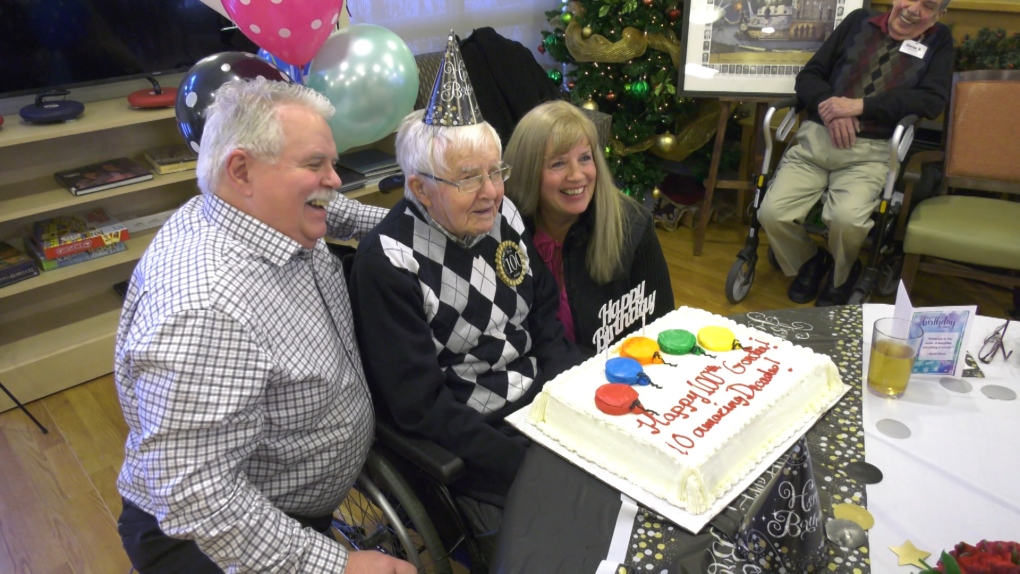 Friends and family gathered at the Kipnes Centre for Veterans Wednesday afternoon to celebrate the milestone.

"It has been an amazing hundred run. Like he's been through a lot," said King's daughter, Cathy, at the reception. "I don't know anyone, of people I know, that have turned a hundred, so I'm just so proud of him."

King was born in Manitoba in 1920.A veteran of the Second World War, King served as a pilot officer in the Royal Canadian Air Force.

He spent three years in a prisoner of war camp in Germanyafter his plane was shot down.

It was there that King joined in what's now known as The Great Escape.

He helped dig three tunnels out of the prison camp. King would have been the 140th to escape, but the tunnels were discovered. Most of the escapees were later recaptured.

After the war, King formed the Edmonton branch of the Ex-Prisoners of War Association. He served in the Canadian military and spent decades volunteering.

"He's managed to give back to the community. He's been a really great volunteer over his years," said Cathy. "I can't be prouder than I am today that he's gotten this far."

Last summer, a pond and numerous streets were named after King in the Keswick community in Edmonton, in recognition of his life achievements and volunteerism.

In his younger years, Gordon King was a strong athlete. He shared his passion for sport with his family, passing his ability and love for curling down to three of his children, including Cathy. Those three children went on to win six Canadian Championships, as well as a World Championship.

King himself kept curling until the age of 90.

"He's taught us all to be strong individuals, to try to give back to be part of your communities, to enjoy life. He really does enjoy people."