'It’s literally in our backyards': Residents wary over fire activity in the river valley

EDMONTON -- After a series of fires in and near the river valley were intentionally set over the past few days, people who live in the area are concerned about the frequency and proximity of them.

Police recently arrested and charged one man with arson. But, the issues go much deeper for residents, and people who live in the park.

Ellen Stuart has lived near Dawson Park since 2015. She told CTV News Edmonton she frequently calls 911 for smoke rising from the bush.

“It was kind of scary because we went for a good long walk and all along where we walked there was fire all the way.”

With the increase in fire activity, residents say one complication that has arose is people camping in the bush with propane tanks.

“There was a camp that had over two-dozen propane tanks all in one huge pile,” resident Raymond Lavallee said.

Lavallee told CTV News he’s guided firefighters through the trails helping them find fires and burn sites quicker. But if propane is involved, he says “they’ll let them blow first” before getting too close.

“It was pretty scary. I was standing right there and a propane bottle blew up and it kind of made me run and hide behind the post there.”

While talking to CTV News, Stuart acknowledged the problems in the area go “very deep” ranging from drug addiction to homelessness.

“It’s not a safe environment for a child to play in,” she said.

“Too many needles,” Lavallee added. 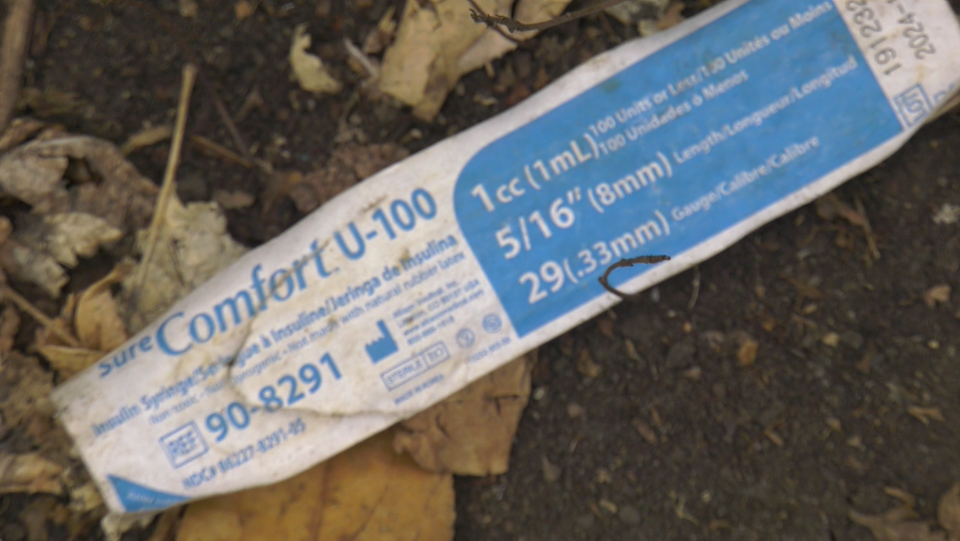 'SOMEBODY IS GOING TO GET BURNED OUT'

Gary Jackson currently lives in the park and has for about a month. He told CTV News the risk of fires is always in the back of his mind.

Jackson says he suspects it’s someone trying to scare them away from the area.

“Opportunity to grab something. To get somebody out of their tent and go grab it while they’re gone,” he said.

“We know each other out here, it’s like neighbours and we watch out for each other but still there’s people that sneak around.”

Residents hope the city will provide them with some directive on how it intends to handle the escalating issue.

“People are living here and they’re going to build fires it’s that simple.” 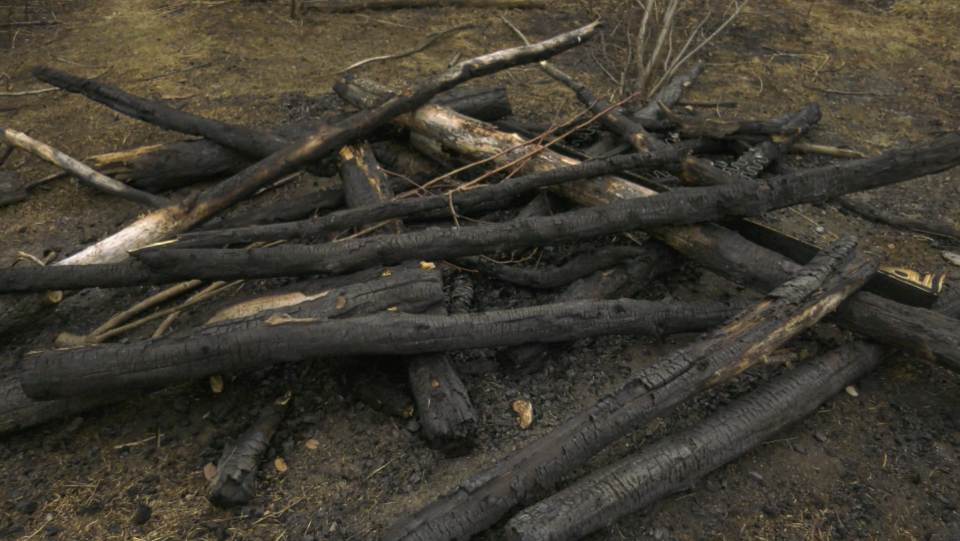 CTV News reached out to the city for comment about the recent fires and its message to residents and people in the park.

The city encourages anyone with concerns about encampments to call 311 and share details of its location.

CTV News also sent a request for comment to EPS, but it declined as the investigation into the fires is still in the preliminary stages.

Fire restrictions in Edmonton have been in place since April 16 prohibiting open burning and fireworks due to extremely dry conditions.

For updates on fire conditions head to Edmonton.ca/firebans.