‘It’s surreal’: Woman who lost everything in Fort McMurray wildfire 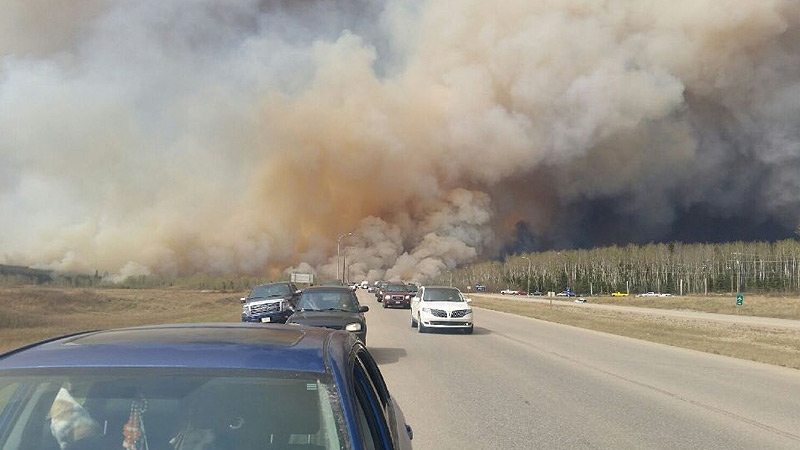 Dozens of cars can be seen evacuating from Fort McMurray on Tuesday, May 3, 2016. Courtesy: Melanie Boucher

A Fort McMurray woman shared her story with CTV News on Tuesday, hours after she was forced to evacuate from her home in the Gregoire neighbourhood.

Melanie Boucher told CTV News her home was destroyed in the wildfire – but she had managed to evacuate with a backpack of essential items, and her dogs. She spoke to CTV News from her car on the highway as she took stock of her situation.

“It’s sad, it’s surreal right now,” Boucher said. “I am just sitting on the highway right now, I don’t know where I’m going to go, [I’m] just kind of watching everybody, people with their cars full of stuff.”

She said she was ready for the evacuation, since the wildfire had been burning near Fort McMurray since the weekend.

“I was packed, because it started yesterday and had warnings out, and so I had a little back packed just in case, and then I went in and grabbed it and that was it,” Boucher said.

“I do have a couple pictures, I threw in there my boyfriend’s father’s ashes, and he is supposed to be buried this summer, and a few items of clothing, and that’s about it.”

Despite the frightening events that unfolded in the afternoon, Boucher said friends, neighbours and strangers were stepping up to help each other.

“The community is full of love and hope, and everyone is trying to help everyone out,” Boucher said. “Everyone is offering places, and rides and gas, you name it.”