Iveson encouraged by federal pledge of $1B to housing for homeless 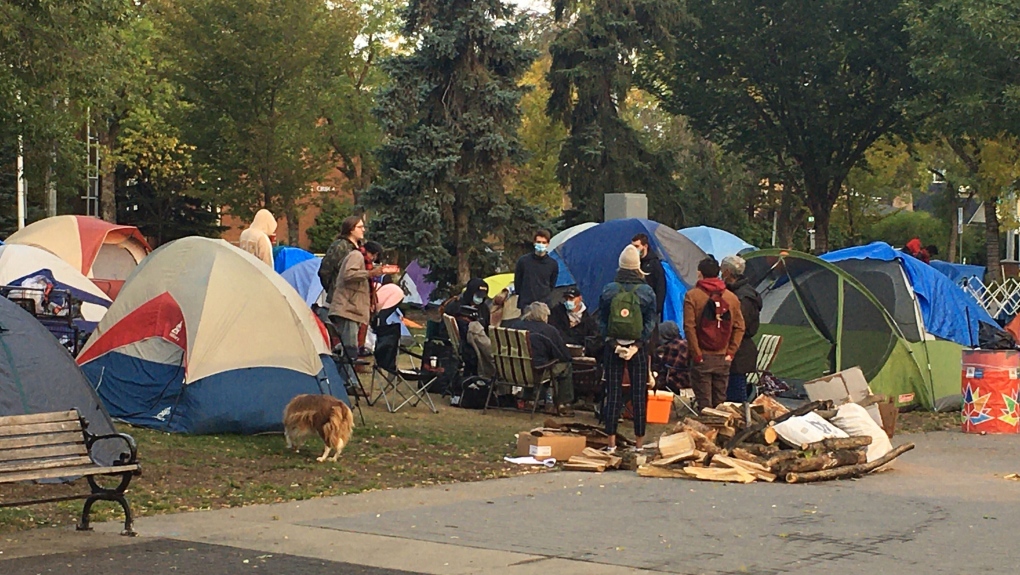 EDMONTON -- Edmonton’s mayor is calling $1 billion from the federal government to help cities buy properties being sold because of the pandemic and convert them into housing for the homeless “a very, very good start.”

The Rapid Housing Initiative, as it is being called by the Liberals in Ottawa, will cover the cost of building modular housing or the acquisition and conversion of existing buildings.

It is estimated the funds will create 3,000 units across Canada.

“We’d still prefer to be purchasing buildings for longer-term occupation, though there are a lot of creative things you can do in modular as well,” Don Iveson said Monday in response to the day’s announcement.

“The quickest way to support people… would be to purchase existing buildings, like hotels and motels and get people into them before we freeze up this winter.”

Iveson, also chair of the Big City Mayors’ Caucus, has estimated it would take much more than $1 billion for cities to really be able to take advantage of properties up for sale mid-pandemic in order to address homelessness across the country.

However, he called Monday’s pledge from Ottawa indicative of more widespread support.

It’s not known how the money will be spent over the next six months.

Municipalities, provinces, territories, Indigenous governing bodies and agencies as well as non-profit organizations will all be eligible to apply for the program.

The City of Edmonton, if it received any of the funds, would be what Iveson called an “implementation partner.” He said the city wasn’t looking to expand its portfolio, but work with service providers to scale up the work they’ve already been doing.

The effort to house homeless Edmontonians has ramped up since the start of the pandemic, when the city and partners were able to set up emergency shelter and isolate space.

With those temporary supports now over but the need for them not, two camps have formed in the Rossdale and Old Strathcona neighbourhoods.

The latter was ordered to vacate one week earlier, but remained in Dr. Wilbert McIntyre Park as of Monday.

Later Monday, the City of Edmonton announced the camp had agreed to voluntarily remove the camp by Monday, Sept. 28.

The city, in turn, said it would delay enforcement actions temporarily, even though it does not agree with the camp's presence in the park.

A camp organizer told CTV News Edmonton the city agreed to a week-long extension, but city officials only said meetings were ongoing and the “timing isn’t finalized yet.”