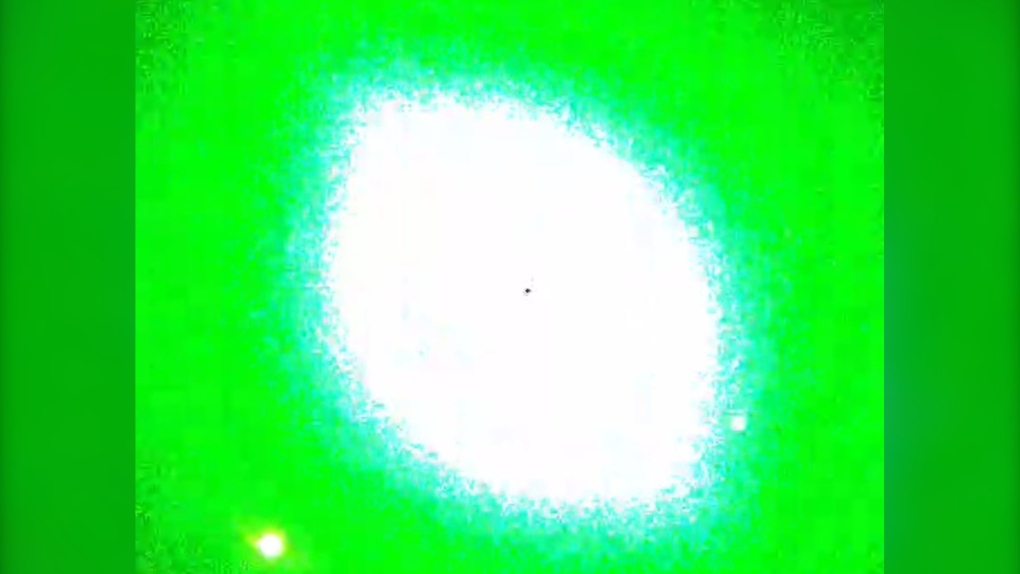 A still image of what Air-1 pilots saw when the laser was being pointed at their helicopter. (Source: EPS)

EDMONTON -- An Edmonton man was charged after he allegedly shined a laser pointer at Edmonton Police Service's Air-1 Monday morning.

At approximately 3 a.m. on Dec. 14, EPS Air-1 pilots alerted Southwest Division officers that someone was pointing a green laser at the helicopter.

"This individual shined a laser at our aircraft for several minutes," said Staff Sgt. Paul Shafer, of the EPS Canine and Flight Operations Section. "These actions recklessly endangered the health of the Air-1 crew members and impacted the safe operation of the aircraft."

Air-1 pilots were able to help direct patrol officers to a Riverbend-area address where they believed the laser was coming from, said police.

EPS said officers speaking to the man living at that address spotted a laser pointer inside the suite.

John Barclay, 46, was charged with assault with a weapon and mischief endangering life.

According to Transport Canada, between January 2015 and the end of December 2019, there were 1,965 laser attacks reported in Canada.

Pointing a laser at an aircraft can cause a major accident by distracting the pilot, creating glare that affects the pilot's vision, and can temporarily blind the pilot, Transport Canada said.