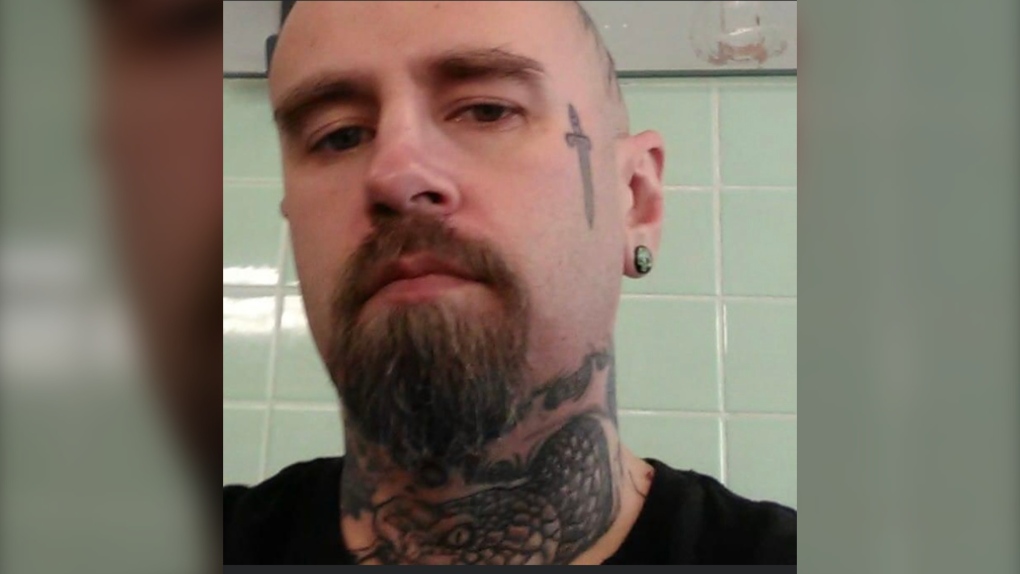 Telford Randall Howe was named a person of interest in a Grande Prairie man's suspicious death on April 28. He was previously wanted for charges stemming from an April 16 incident in Whitecourt. (Photo provided.)

EDMONTON -- A man previously named a person of interest in a Grande Prairie homicide has been arrested and charged with manslaughter.

RCMP got a warrant for Telford Randall Howe’s arrest on Oct. 22, and took him into custody the next day.

The 39-year-old, who has also been known as “Gremlin” or “G,” was named a person of interest in Trevor Guillen’s death in late April.

On April 25, Guillen, 32, died in hospital after being found hurt on a street.

At the time, Howe was wanted on warrants for aggravated assault and assault with a weapon. Earlier that month, two people were rushed to hospital from a Whitecourt hotel with serious but non-life threatening injuries.

Howe is scheduled to appear in Grande Prairie Provincial Court on Nov. 16 via conference.