The CFL team headquartered in Alberta's capital city will be known as the Edmonton Elks.

The club made the announcement Tuesday morning at Commonwealth Stadium, the new team name and logo in the background on The Brick Field.

"It feels great. This is something that has been an ongoing conversation for frankly since June of 2018," club president and CEO Chris Presson told CTV News Edmonton.

"It's something you don't get a chance to do very often. Maybe once in a career. And to be involved in an iconic franchise with now a new iconic logo mixed with our former logo and the refreshment there, it's quite a moment for our city and for our league."

The reveal – of not only the new moniker, but also logo, butter-yellow helmet featuring antlers stretching across a player's skull, and Twitter handle – ends about 10 months of the club being known as simply the EE Football Team.

It discontinued the previous name in July 2020, citing "shifting" views and growing discomfort with the former brand.

Though the results weren't made public, Presson called Elk the clear favourite with the rest of the animal-related options trailing behind. 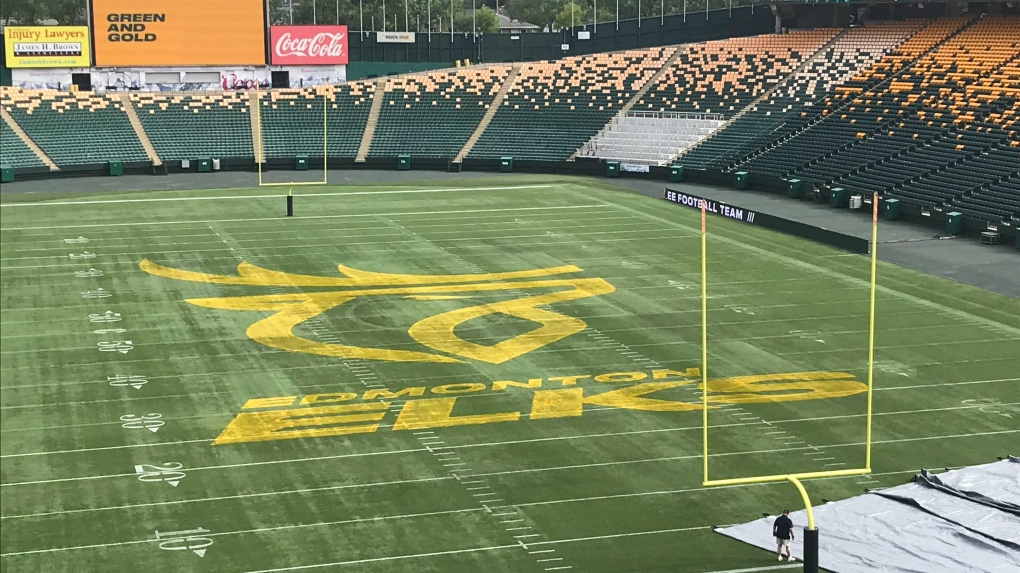 The CFL team headquartered in Alberta's capital city will be known as the Edmonton Elks. The club made the announcement on June 1 at Commonwealth Stadium, the new team name and logo in the background.

"When you look at demographically, socioeconomically, age groups, it was number one or two in every facet, in every combination," Presson said.

ELKS WITH AN S

Elks – plural – however, was not one of the shortlisted options.

The grammatical decision was immediately noticed, questioned and challenged online to varying degrees.

But a linguist – who during her time as a professor at MacEwan University did not support the team under its old name – called the choice absolutely correct.

To begin with, Sarah Shulist said, proper names follow different rules and generally take the regular plural when formed from a common noun.

"This is what happens with Toronto Maple Leafs. Now, nobody wants to talk about the Leafs today," she joked, before continuing to predict fans will come around to Elks. "Nobody says the Toronto Maple Leaves, right? If you say that, you sound really weird."

Plus, she added, language is formed not only by a set of rules but also cultural practice, an idea called descriptivism.

Shulist pointed to the Boston Red Sox, whose predecessor was Boston Red Stockings and shortened to "sox" by a newspaper, and the Colorado Avalanche, which uses the singular noun.

"Team names are actually a really kind of interesting form of plural because the name refers to a collective, a group of people, which has one pattern. And it also refers to individuals," she said.

Presson says the club consulted with a University of Alberta linguist and the Oxford Dictionary, which notes the plural form of the noun can be elk or elks. 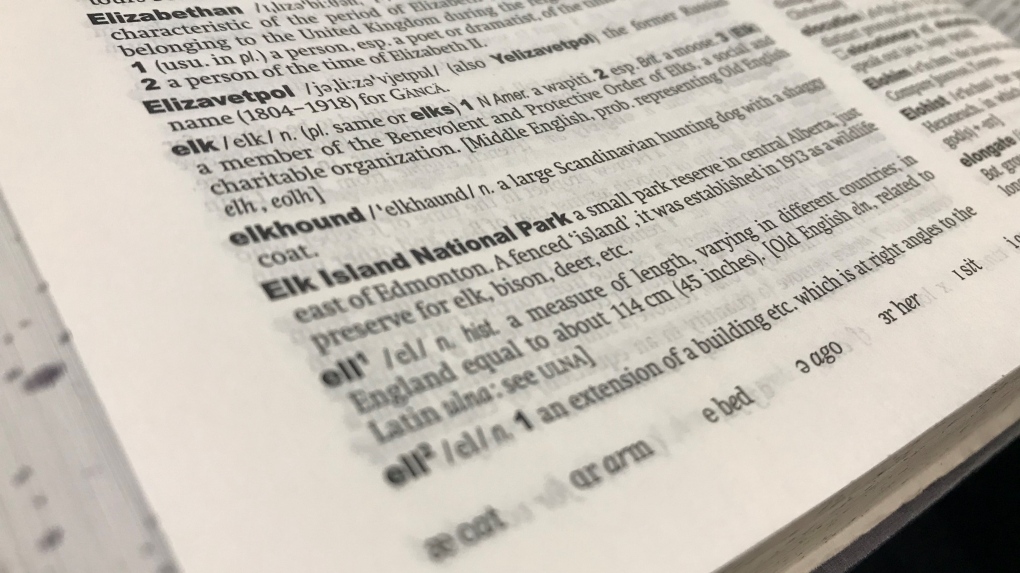 "We were told again by those two people that not only is it in line, it's more than acceptable, especially for a team name," he said, stressing the club's desire to symbolize inclusivity.

"We probably talked about this for three weeks, internally and with our agency. Frankly, I felt like adding the S was more inclusive. It's not about me or you, it's about us. It's about a pack."

Shulist believes the phonetic similarity between Elks and Esks is a benefit, too.

Now a professor at Queen's University specializing in Indigenous language revitalization, she said she'd be buying an Elks jersey to support the work the club put into rebranding.

"When we talk about meaning, it's not just a dictionary thing. It's not just something that happens and is stable for all time. So regardless of whether it was intended to be hurtful or intended to be something at the time," she said of the team's former name, "it has clearly become something with a lot of baggage attached to it."

The CFL announced earlier in the year its return with a full 18-game season, but later delayed the start to Aug. 5 and reduced the number of games to 14.

According to Presson, those plans haven't changed and the Elks are expected to play their first game in two years on Aug. 5.

"We're looking forward to a season and the focus not being on our name but being on getting everyone back together."