Wildfire near Bonnyville no longer out of control 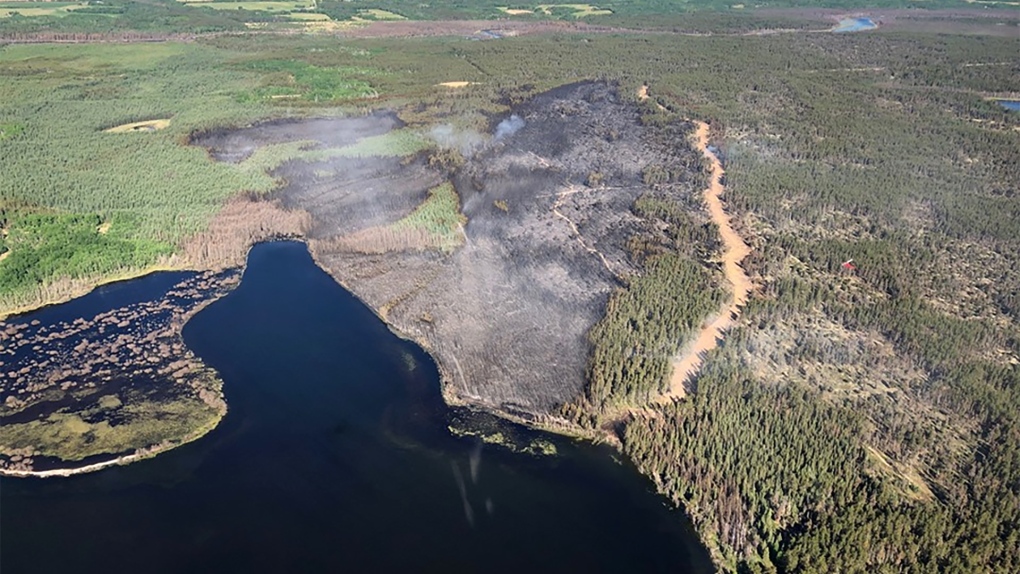 An aerial photo of the fire near Bonnyville, Alta. (SOURCE: MD OF BONNYVILLE)

A wildfire near Bonnyville is now being held, according to the Bonnyville Regional Fire Authority.

The blaze broke out around 5 p.m. on Monday between Highway 28 and Highway 660. According to the Municipal District of Bonnyville, it started in a ditch and spread due to dry conditions.

Overnight crews established guards on both sides of the fire, and a fixed wing aircraft will start water bombing the perimeter close to the lake, and then four teams of eight people each will attack the fire from the ground.

Residents are still asked to stay away from the area while crews fight the fire.