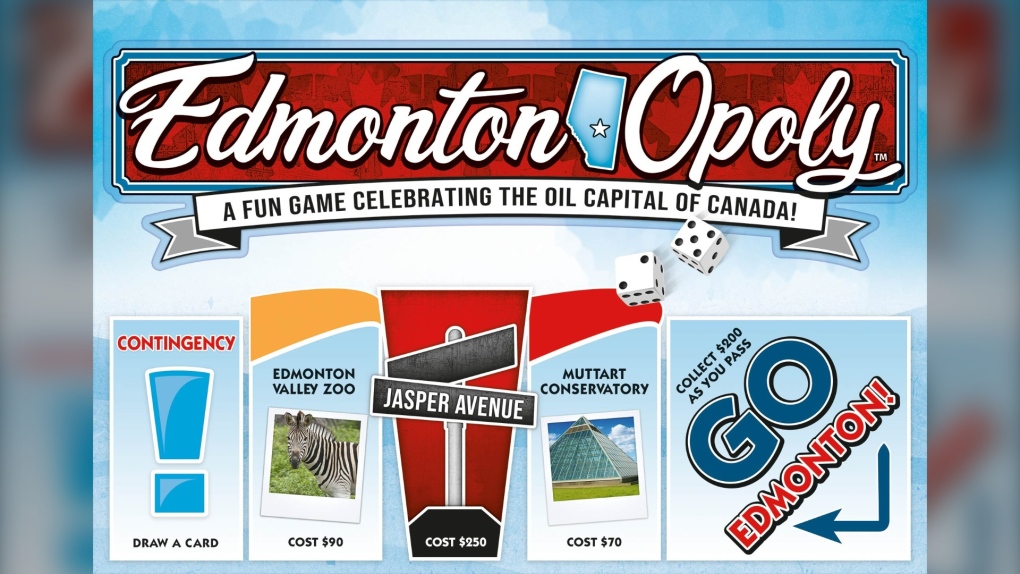 EDMONTON -- A new game lets you pass through downtown Edmonton, West Edmonton Mall and Hawrelak Park in seconds and without hitting a pothole—but you could get a parking ticket.

Outset Media's Edmonton-Opoly, based on Monopoly with an Edmonton spin, features landmarks like the North Saskatchewan River, Commonwealth Stadium and Winspear Centre, but now you can also purchase Rogers Place, the Ice Castles and 100 Street Funicular. 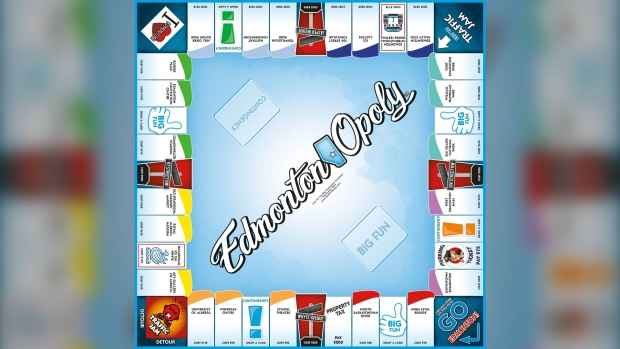 Signature roads include Whyte Avenue, Jasper Avenue, 104 Street and 97 Street, but watch out … you could get stuck in a traffic jam, get a $75-parking ticket or a $200-property tax payment.

"This is meant to be fun and to celebrate the city," said Jean-Paul Teskey, Outset Media's senior vice president.

"It's a really unique and fun way for people from Edmonton or people who visit Edmonton to be able to play the biggest game in history…but have it localized with streets, events, places that they know."

Edmonton-Opoly is exclusively available at the Walmart in the Tamarack Southeast Supercentre.

Outset Media has made the board game for approximately 50 cities and towns in Canada.