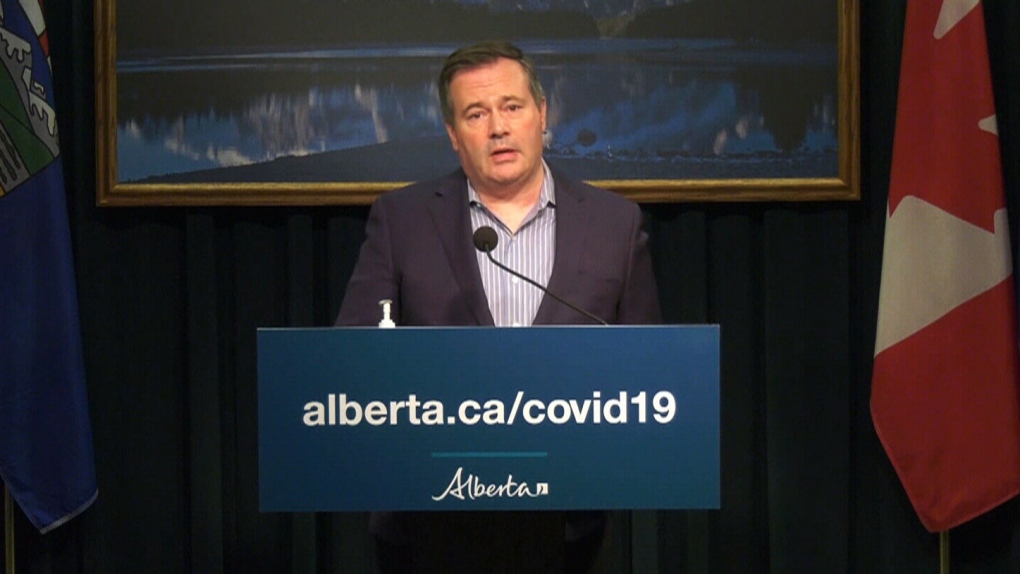 EDMONTON -- Already low public support of the Alberta government’s handling of the pandemic has gotten even lower, according to new Leger poll.

The survey found 72 per cent of Albertans are either somewhat or very dissatisfied with the province’s COVID-19 response — the most displeased in Canada. 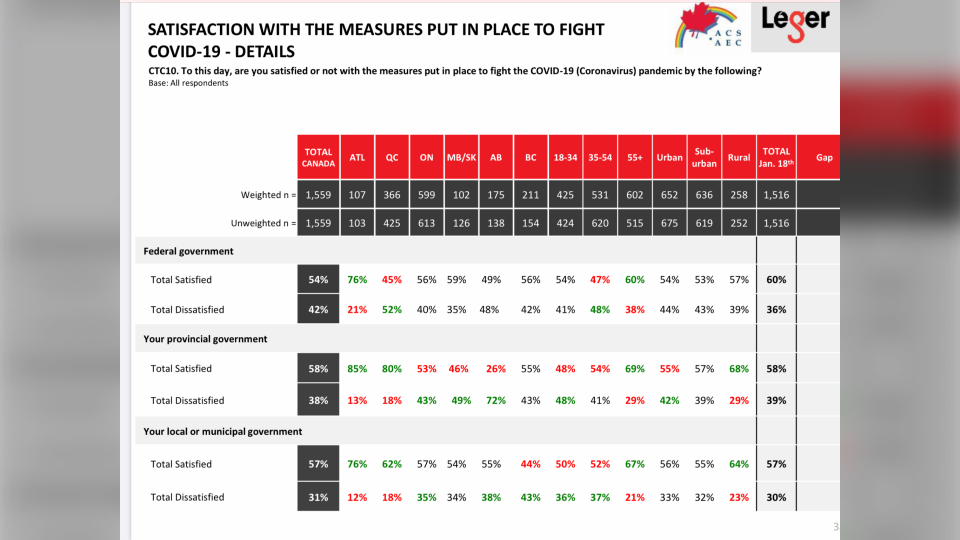 The same opinion poll conducted in November found 59 per cent of Albertans were either somewhat or very dissatisfied with the actions of Jason Kenney’s United Conservative government. That was also the highest dissatisfaction rate in the country among provinces at the time.

The survey released Tuesday found 26 per cent Albertans were at least somewhat satisfied, down from the  37 per cent of participants who said they were satisfied in November.

It’s all a far cry from the early days of the pandemic. In March, Leger reported more than two-thirds (68 per cent) of Albertans approved of Kenney’s response.

The recent polling began on Jan. 29, the same day the Kenney government announced a four-step reopening plan based on hospitalization benchmarks. Step 1 eases restrictions on restaurants, fitness centres and kids activities on Feb. 8.

Participants were also asked about how they felt about the federal government’s handling of the pandemic. Albertans were split, with 49 per cent satisfied and 48 per cent dissatisfied. Quebec was the least satisfied province with the federal response at 45 per cent. The Atlantic provinces were the most satisfied at 76 per cent. 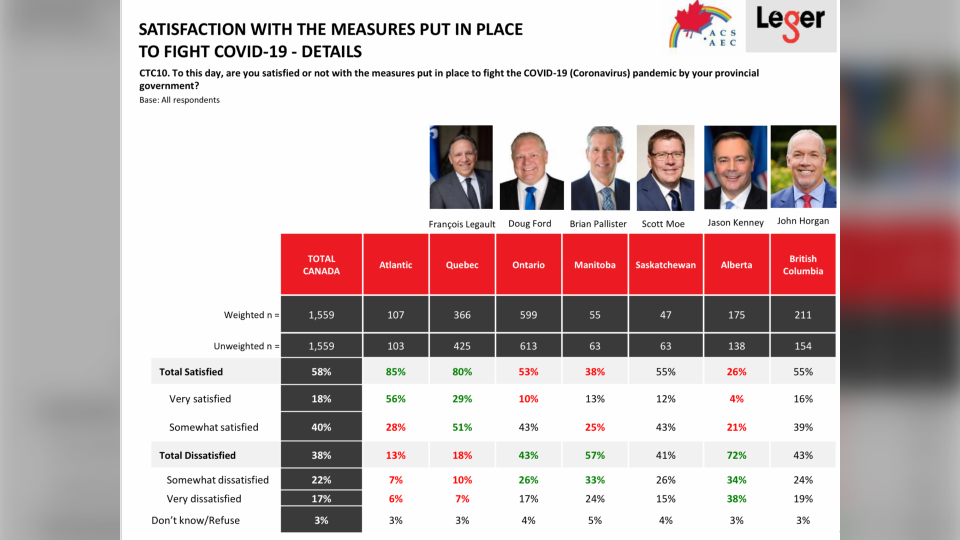