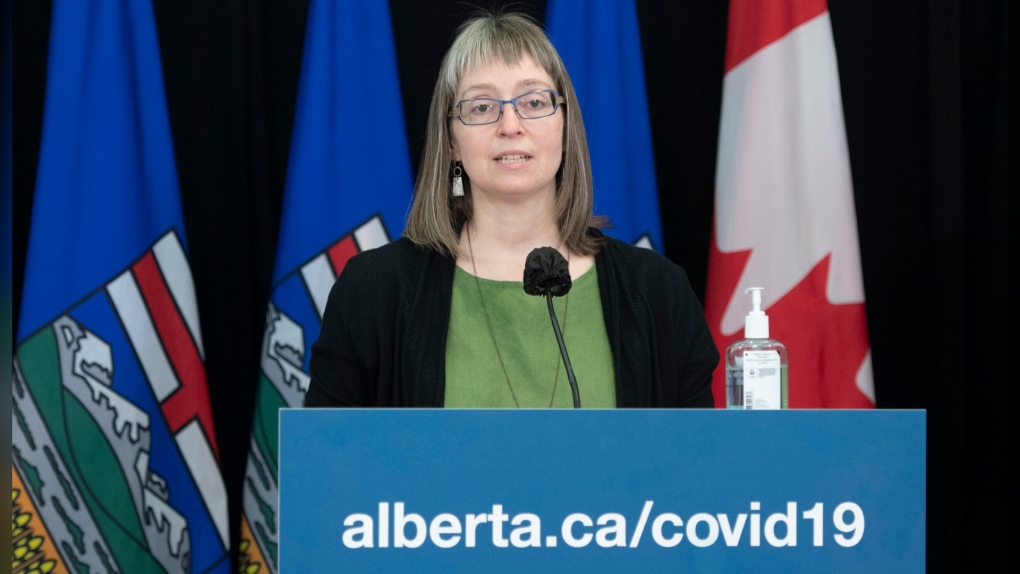 EDMONTON -- There’s been a “small, but significant” increase in the number of people unwilling to cooperate with the province’s contact tracers, mainly by ignoring and not returning phone calls, Alberta’s top doctor said Wednesday.

Dr. Deena Hinshaw said that up to and including December, less that one per cent of people were not participating in contact tracing efforts. But in January and February, that number has risen to 1.9 and 1.3 per cent, respectively.

“There has also been an increase in those who were initially willing to speak to contact tracers, but then later were unwilling to provide the necessary information,” said Dr. Hinshaw, who urged Albertans who test positive for COVID-19 to cooperate fully in the process.

“Given how easily this virus can be passed on, even a handful of individuals not cooperating can lead to significant spreading quickly, which puts our ability to keep easing restrictions as risk,” she said.

The message comes as the number of confirmed cases of the more contagious B.1.1.7. variant increased again, but only slightly compared to recent days.

According to the latest provincial data, Alberta added four new cases of the U.K. variant (two in Calgary Zone, two in Central Zone) over the last 24 hours, bringing the province’s total to 225, the second highest total in Canada (Ontario).

There had been an avarage of 12 variant cases per day for the previous four days.

Alberta’s COVID-19 positivity rate is down more than a full percentage point from the previous day to 3.9 per cent, with 7,500 tests detecting 277 new cases.

Dr. Hinshaw said hospitalizations had “plateaued” in recent days, announcing 370 Albertans were in hospital with COVID-19, the second straight day the number has increased (356 on Monday, 365 on Tuesday). Wednesday’s hospitalization number includes 60 people in ICU, up from 56 on Tuesday.

At a separate announcement Wednesday, Premier Jason Kenney was asked why the Alberta government, unlike other provinces, has not yet released its Phase 2 vaccine priority list.

“We wanted to see what other provinces are doing,” Kenney said. “I, frankly, don’t understand the huge rush because we haven’t even really gotten into Phase 1B yet. We don’t have enough vaccines. That is the issue.”

After lamenting the lack of vaccine shipments from the federal government, Kenney said vaccine sequencing is a fluid situation, bringing up the AstraZeneca-Oxford vaccine and recent questions about its efficacy for people over 65.

“Suppose AstraZeneca-Oxford gets Health Canada approval, and suppose we start getting that supply in this spring or summer and let’s suppose we get advice from the scientists not to administer it to people over the age of 65. Well, that suddenly changes the whole approach to the rollout,” Kenney said.

Kenney finished answering the question by saying the province would be releasing the basic outlines of the next phase “fairly soon."

Alberta is currently still in Phase 1A of its vaccine rollout which began in December.

Phase 1B, which is still scheduled to begin this month, includes all seniors over 75 years of age and First Nations and Metis people aged 65 and over who live in a First Nations community or Metis settlement.

Phase 2 is scheduled to begin in April, with timelines dependent on supply.

As of Wednesday, more than 54,000 Albertans had been fully immunized against COVID-19.