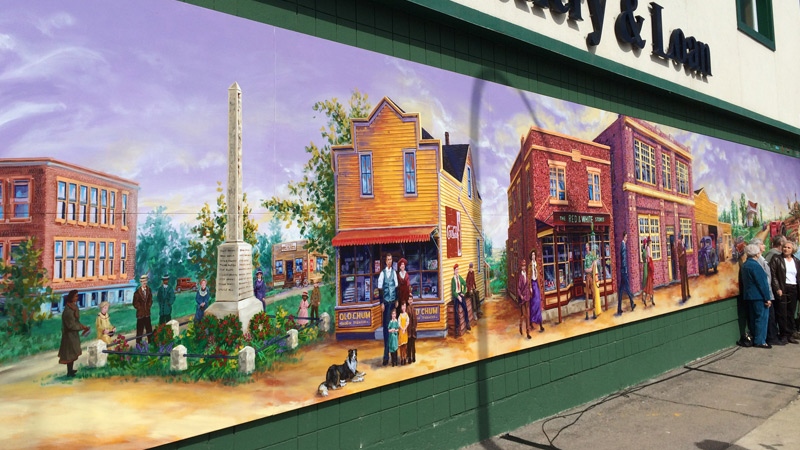 The City of Edmonton helped start centennial celebrations for one of the city’s neighbourhoods Thursday with a mural depicting the area’s history.

A mural, called ‘Beverly Beginnings’ by artist Kris Friesen, was unveiled Thursday morning in the area of 39 Street and 118 Avenue.

The painting outlines the area’s 19th century coal mining history, through the agricultural era of the 1930s and 1940s.

The mural is the first of several celebrations honouring Beverly’s centennial.