'No emergency': Kenney threatens court battle against Trudeau's use of Emergencies Act 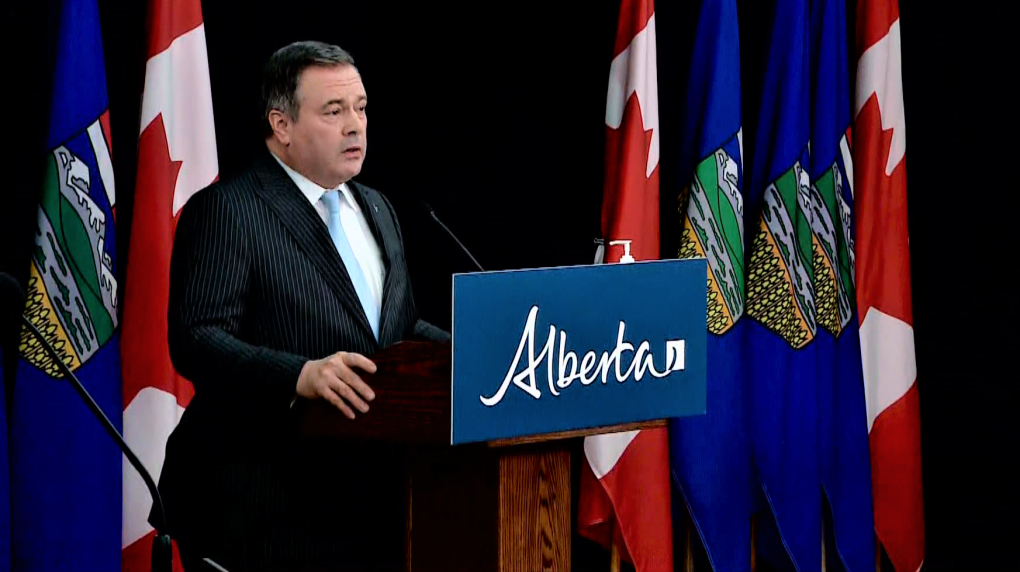 Lawyers in Alberta are preparing to fight the invocation of the Emergencies Act by Justin Trudeau's government, Premier Jason Kenney announced Tuesday.

Kenney called the move – which Trudeau has argued is necessary to deal with a state of emergency caused by convoy protests and blockades – "one of the biggest mistakes of any modern Canadian government."

"There are no road blockades anywhere in Canada. The Ottawa situation has been resolved. Ontario and Alberta stopped the Coutts and Windsor border-crossing blockades without using these emergency powers," Kenney said.

Alberta will launch a legal challenge in either the Federal Court of Canada or the Court of Queen's Bench of Alberta, Kenney said, adding that the province's legal advisors are still getting their "ducks in row" before deciding which.

Kenney also wants intervenor status in the court challenge that the Canadian Civil Liberties Association is bringing against the government.

"We really do believe that we've got a strong case and it's the Feds who will have a very hard time justifying why they did this, when there is no obvious reason for it," Kenney predicted.

On Monday night, MPs voted to confirm the Emergencies Act for the first time in Canadian history. The vote passed 185 to 151, with the Liberals getting the backing of the NDP, while the Conservatives and Bloc Quebecois MPs voted against.

“This state of emergency is not over. There continues to be real concerns about the coming days,” said the prime minister during a press conference on Monday, calling the use of the Act necessary but “not something we ever want to see again.”


'THE CHAMPION OF ALBERTANS'


"Prime Ministers have had to stand up in Parliament to apologize for the use of War Measures Act (a previous version of the legislation) and how it was misapplied, the overreach. So I can't believe he's going down this path," Kenney said.

Trudeau said the use of the Act will be reevaluated on a daily basis, but Kenney argues it's clear that any threat is already over.

"What is their reason for it now? Apparently because there are a few trucks parked in farmyards somewhere in eastern Ontario that they think constitute a menace to national security and sovereignty? This is ridiculous!" He argued.

But one political expert in Alberta wasn't buying Kenney's outrage.

“It's intended to signal standing up against the federal government and against Justin Trudeau and essentially sort of advocating for Alberta in the entire country,” she told CTV News Calgary on Monday.

“Jason Kenney would like to be seen as the champion of Albertans against the powers of the federal government.”

With files from CTV News' Rachel Aiello and Tyson Fedor