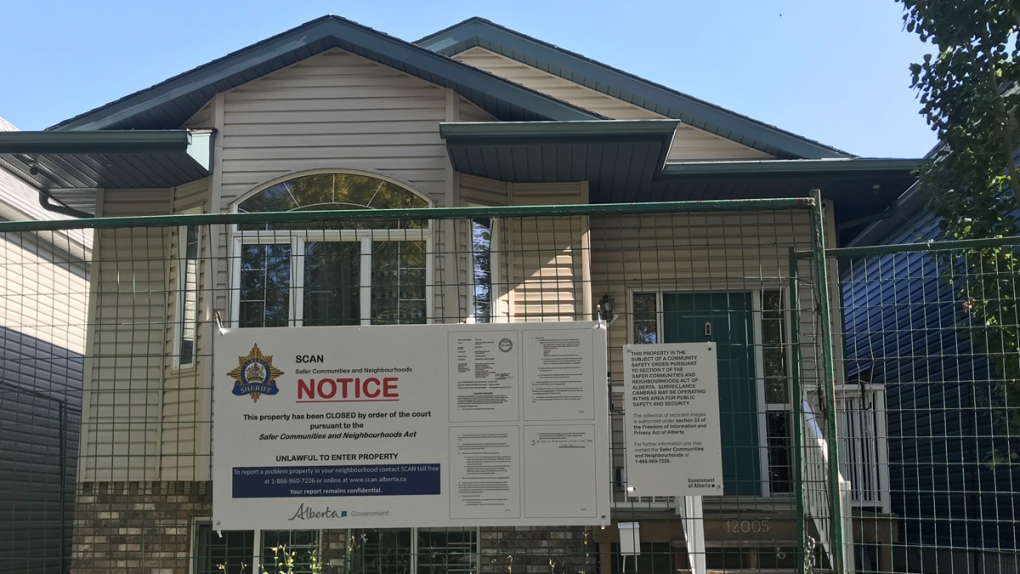 The Safer Communities and Neighbourhoods (SCAN) has closed this house at 12005 96 St. for three months after illegal activity.

Alberta sheriffs have shut down a north Edmonton house for three months after "drug activity and violence."

A neighbour reported the house located at 12005 96 St. to the Safer Communities and Neighbourhoods (SCAN) last December, the province said.

Investigators confirmed drug activity and warned the owner on Dec. 13.

In March, Edmonton police obtained a warrant and seized drugs, a sawed-off shotgun and other weapons from the home, the provincial government said. The homeowner was charged.

Chip Sawchuk, SCAN's manager, said there were 28 police calls to the home in the past four years. In the last nine months, he says there were nine home invasions—at least two of which included weapons, and one where injuries were reported. Edmonton police responded to two home invasions—one in April 2019 and another in July 2019.

On Thursday, SCAN ordered the homeowner and any other people who live there to leave, and crews boarded up the house, changed locks and erected a fence around it.

"It breaks the cycle of criminal activity that's been occurring at this property," Sawchuk said. "That would be the main focus of the order. Secondly, to provide some safety and security for these neighbourhood residents that have been living with this activity in their neighbourhood for some time."

The home will be supervised for two years after it reopens.

Clarification: A previous version of the article stated there were nine home invasions. This update provides attribution for the number cited.