A notorious Edmonton landlord has been released from hospital after being shot in the head earlier this month.

Abdullah Shah, also known as Carmen Pervez, was shot at his office on 111 Avenue and 93 Street on the afternoon of Aug. 13.

The Edmonton Police Service (EPS) say it responded to a weapons complaint inside the building at approximately 5:30 p.m.

Shah’s lawyer confirmed to CTV News his client was released from hospital and is now recovering at home after spending days in critical condition.

Shah has been the subject of police and public scrutiny for years after owning dozens of inner-city rental properties that have been subjected to a number of raids and search warrants. 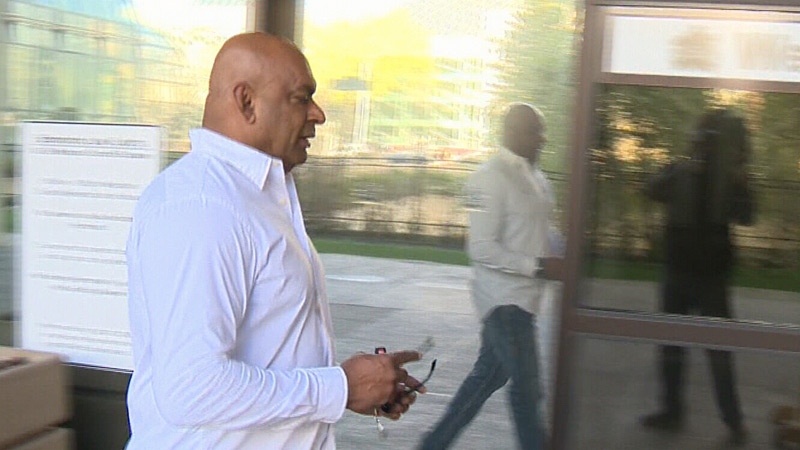 Abdullah Shah, formerly known as Carmen Pervez, walks into the Edmonton Law Courts on Friday, May 11, 2018.

In 2019, EPS officers and Canada Revenue Agency (CRA) officials executed search warrants at “multiple properties” throughout the city in relation to a six-month investigation into a “group of property owners that has allegedly been operating as a criminal organization.”

The landlord faced charges in connection to a drug bust that seized nearly $100,000 worth of methamphetamine and pills in March 2016. Those charges were dropped in 2018.

Paul Moreau, Shah’s lawyer, said at the time that his client’s past had made him a target for police.

“He provides housing for hard-to-house individuals and many community activists are strongly opposed to him,” Moreau said in 2018. “They enlist the help of the police and the police come after my client, and now it’s been demonstrated that they had no basis to do so because all the charges have been withdrawn.”

His criminal record stems back to 1983, including pleading guilty to 54 counts of fraud in a $30-million mortgage fraud case in 2008.