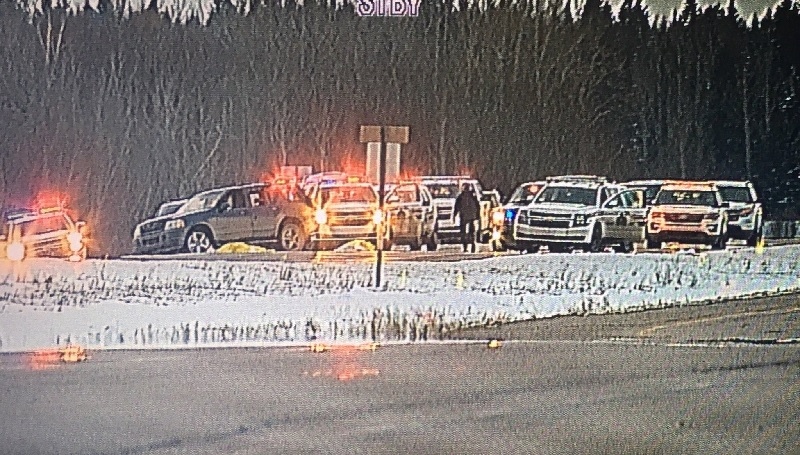 The Alberta Serious Incident Response Team (ASIRT) says it is investigating an officer-involved shooting on the Yellowhead Highway, about an hour west of Edmonton.

Two yellow tarps can be seen near a disabled vehicle in the eastbound lanes of Hwy 16 near Evansburg.

Police say shots were fired and an RCMP member was injured, but not seriously. A STARS information officer confirms that an air ambulance responded to the area of Hwy 16 and Hwy 22 and transported a 59-year-old man to hospital in Edmonton in stable condition.

Traffic on Hwy 16 is backed up in both directions by RCMP roadblocks.

CTV News has a crew at the scene.