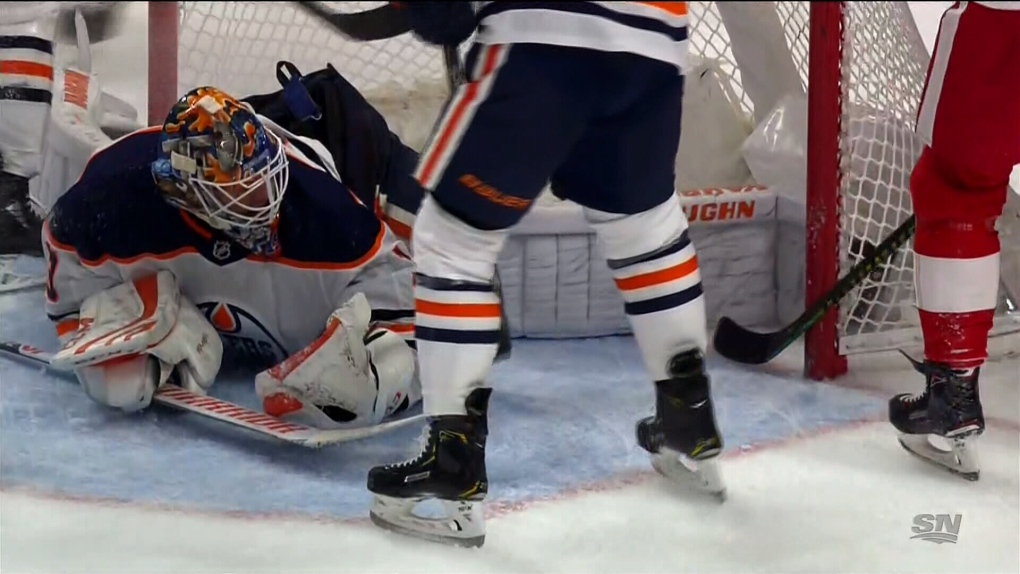 EDMONTON -- The scoring woes continue for the Oilers, opening a three-game road trip with a 3–1 loss to the Red Wings in Detroit on Tuesday.

Edmonton has scored just 7 goals in the last five games while allowing 16, going 1-3-1 during that span.

While on the man advantage Tyler Bertuzzi held the puck inside the offensive blue line, getting it to Taro Hirose along the right wing boards, he then passed it Larkin who was set up down low, he then found space behind the two Oilers defenders and worked his way in front of the net and flipped the puck in to the top left corner over the shoulder of Oilers goalie Mikko Koskinen for the 1-0 lead.

Less than a minute later the Red Wings would strike again.

After a failed clearing attempt by the Oilers, Valtteri Filppula picked up the puck at the blue line, feeding Patrik Nemeth who stepped in to a slap shot from the slot, beating Koskinen glove side for his first as a Red Wing, giving Detroit a 2-0 lead after the first period.

"They came out jumping,” Oilers Head Coach Dave Tippett assessed after the game. “We finally got our feet under us a little bit but we were down 2-0."

The Oilers had a few scoring chances in the second, but Red Wings goalie Jimmy Howard turned away all nine Edmonton shots he faced that period.

The Oilers would figure out Howard in the third, and it would once again it involved Connor McDavid and Leon Draisaitl.

McDavid started the play by stripping Dylan Larkin of the puck in his defensive zone. Draisaitl picked up the puck and made a pass to McDavid in the slot, before taking his return pass and burying it passed a screened Howard. The goal is Draisaitl’s 10th of the year, tying him for the team lead with James Neal.

“We did a good job battling back in the 3rd and having a bunch of opportunities to tie it,” McDavid told reporters after the game, “but we started too late again."

However that’s as close as the Oilers got. Red Wings Defenceman, Filip Hronek, scored an empty netter from his own end, capping off the 3-1 Red Wings win.

"We made it 2-1 and still had lots of chances to come back,” Ryan Nugent-Hopkins said after the game. “We shoot ourselves in the foot by always being down early."

Koskinen made 25 save in his first loss of the season, while Jimmy Howard turned aside 31 in the win, earning him the game’s first star.

The Oilers continue their road trip in Columbus on Wednesday to play the Blue Jackets at 5 p.m. before making a stop in Pittsburgh on Saturday.